Breeding for Taste: A Profile of Culinary Farm Projects 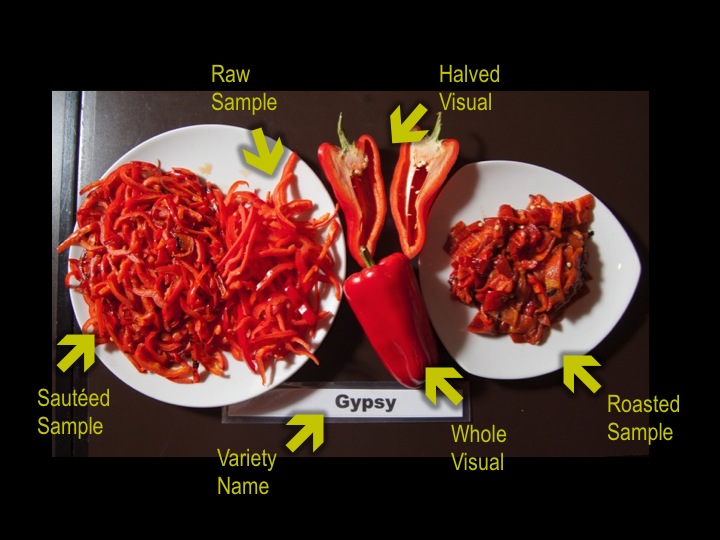 As agriculture has advanced over the centuries, the demands of the farmer have likewise evolved to require very specific behaviors from the plant varieties that are grown commercially. Many of these demands relate to plant health and growth: overall vigor, specific disease resistances, beneficial plant structure, and high yields are common traits that farmers seek as a way to ensure crop success. It may be surprising to hear that flavor, although considered a beneficial trait, is not necessarily a top priority for breeders producing commercial vegetable varieties.

Over the past decade, heightened public interest in local food markets and culinary scenes has led to a renewed interest in vegetable varieties with exceptional flavor profiles. Two emerging initiatives in Portland, Oregon and Madison, Wisconsin are leading the way for getting varieties that are bred for flavor into the hands of the farmers who grow our food.

The Seed to Kitchen Collaborative

Julie Dawson decided to launch the Seed to Kitchen Collaborative in Madison, Wisconsin after attending a conference at the Stone Barns Center for Food and Agriculture in Tarrytown, New York, just north of New York City. The conference focused on developing organic systems for regional cuisines, and highlighted the partnership between the restaurant Blue Hill at Stone Barns, and Cornell University’s plant breeding program, out of which the successful Honeynut Butternut Squash was born. Julie, along with some interested graduate students like Kitt Healy, decided to pursue a similar goal at the University of Wisconsin, Madison to promote collaboration between farmers and chefs with the hope that the resulting breeding work would better fit the needs of both parties.

“It seems very logical, connecting farmers and chefs,” says Kitt, “but the truth is, no one had ever asked the chefs in our region to be a part of the breeding process.” In 2014, the Collaborative’s first season, Julie and Kitt were pleasantly surprised to see how much enthusiasm the idea garnered from both farmers and chefs. “Chefs are very interested in helping and supporting farmers,” says Julie. All they needed was an avenue through which to do so.

Because the chefs are able to more accurately articulate flavors, their participation in the trial and evaluation process has helped the SKC team develop processes for selecting varieties for flavor and culinary quality. The Collaborative is a way for chefs to put their professional training towards enriching the offerings that farmers have, which in turn benefits chefs who focus on regional cuisine. The farmers who participate in the SKC program also sometimes develop independent relationships with chefs who are willing to contract them to grow a specific culinary variety. Now in their third full growing season, the program has developed from having just 5 farms participating in breeding projects to 70 participating farms.

Lane Selman, the founder of the Culinary Breeding Network and an agricultural researcher at Oregon State University, first developed an appreciation for vegetable varieties with heritable flavor profiles through her work managing the Northern Organic Vegetable Improvement Collaborative. NOVIC is a project that brings together breeders and farmers across the northern U.S. in an effort to identify the top performing vegetable varieties for organic production systems. Through this work, Lane has witnessed how important it is for farmers to have access to dependable varieties: “Farmers get frustrated when their favorite hybrid varieties become unavailable because seed companies don’t want to carry them anymore. When growing food is your livelihood, you need to know you can get the best-performing seed,” she says.

That’s why, in 2010, with the threat of a hybrid sweet pepper going out of production, farmers participating in NOVIC requested a coordinated trial to find a suitable open-pollinated variety as a substitute. “All of the material from Frank Morton [at Wild Garden Seed] performed extremely well in the field across multiple farm locations,” Lane says, “But this one red pepper – Stocky Red Roaster – even outperformed the hybrids in our trials.” Following harvest, she organized a formal tasting with farmers and chefs to evaluate the nine pepper varieties, each evaluated raw, sautéed and roasted. Stocky Red Roaster was found to be superior in flavor and texture.

This collaboration between farmers seeking dependable varieties with outstanding flavor profiles gave Lane the inspiration to start the Culinary Breeding Network and launch an annual event called the Variety Showcase. The showcase, now in its fourth year, is scheduled for October 2nd in Portland, OR. It offers breeders an opportunity to show their breeding material to a large pool of interested parties. Attendees include breeders, farmers, chefs, seed growers, produce buyers and eaters who get to taste new and in-development varieties and give feedback about which traits are most desirable. The breeding material is prepared in the “environment of intended use” - a breeding term, usually used to refer to the growing practices (organic vs. conventional, arid vs. humid, etc.), but which the CBN has applied to their taste tests to determine eating quality. Peppers, for example, are served three ways: roasted, sautéed, and raw – three common preparations to determine how varieties stand up to each type of cooking.

These standout varieties have each been trialed by either the Seed to Kitchen Collaborative or the Culinary Breeding Network and are now available for farmers to grow and offer to local markets.

Choclo Corn (Bill Tracy, variety steward, University of Wisconsin, Madison, WI) A traditional corn originally from Chile, where the local word for corn is “choclo”. This cultivar can be eaten like sweet corn, but its flavor is more savory than sweet. Traditionally sliced into rounds and cooked in soups, the chefs who received this variety through the Seed to Kitchen Collaborative preferred it for its good structure that held through cooking. 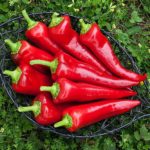 Stocky Red Roaster Pepper (Frank Morton, breeder, Wild Garden Seed, Philomath, OR) An Italian-style pepper with unrivaled flavor in its class. This variety emerged in the first year of the Northern Organic Vegetable Improvement Collaborative in 2009, outperforming even the hybrids in the research project and sparking Lane Selman’s interest in building the Culinary Breeding Network. 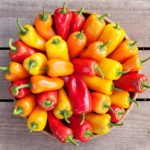 Tri-Color Picnic Pepper Collection (Jodi Lew-Smith, breeder, High Mowing Organic Seeds, Wolcott, VT) A farmer-favorite in the 2016 Seed to Kitchen Collaborative trials, these miniature peppers became a quick go-to snack for harvest crews - growers commented that they had trouble harvesting ripe ones because their kids and partners ate them out of the field as soon as they turned red! 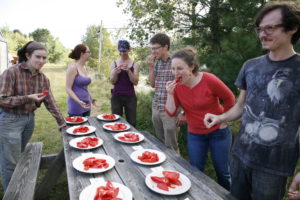 Both the Seed to Kitchen Collaborative and the Culinary Breeding Network focus on partnering with breeders who are developing organic vegetable varieties. Julie, from SKC, says this is because many of the farmers that are interested in this work are direct-market growers who use organic practices. “Seventy percent of young vegetable growers in the state of Wisconsin are using organic practices,” she notes, “Only thirty percent of those are certified[1], but all of them are looking for varieties that will perform in organic production systems.” She also notes that the basis of organic agriculture is healthy, complex soil. These rich growing mediums equate to more nutrient availability for the crops and, therefore, more nutrients and better flavor in the final product.

Lane, at the Culinary Breeding Network, also says that organic varieties offer more flexibility for the project. “Varieties bred for organics can often perform well in conventional systems, but frequently the reverse isn’t true,” she points out. “The varieties we’re looking at have more resilience and will perform well in a variety of scenarios.”

Both projects rely on small, independent breeders and seed companies who are dedicated to finding breeding material with exceptional performance in organic production systems - and, of course, exceptional flavor.  High Mowing Organic Seeds is proud to engage with both these initiatives, and we will be sending our own breeding material to this year’s Variety Showcase in Portland, OR.