Here’s a confession for you to start the month: We love potatoes. But it’s safe to say we hate the Colorado Potato Beetle. We're guessing you might know what we're talking about. For those of you in the regions lucky enough to not have to deal with the destruction this little bug brings, we hope this Crop Talk may still serve useful to help give you a holistic perspective on the challenges some of your fellow growers in other regions may face. The cultural practices outlined here are aimed particularly at the CPB, but they are also good practices for any integrated pest management program. 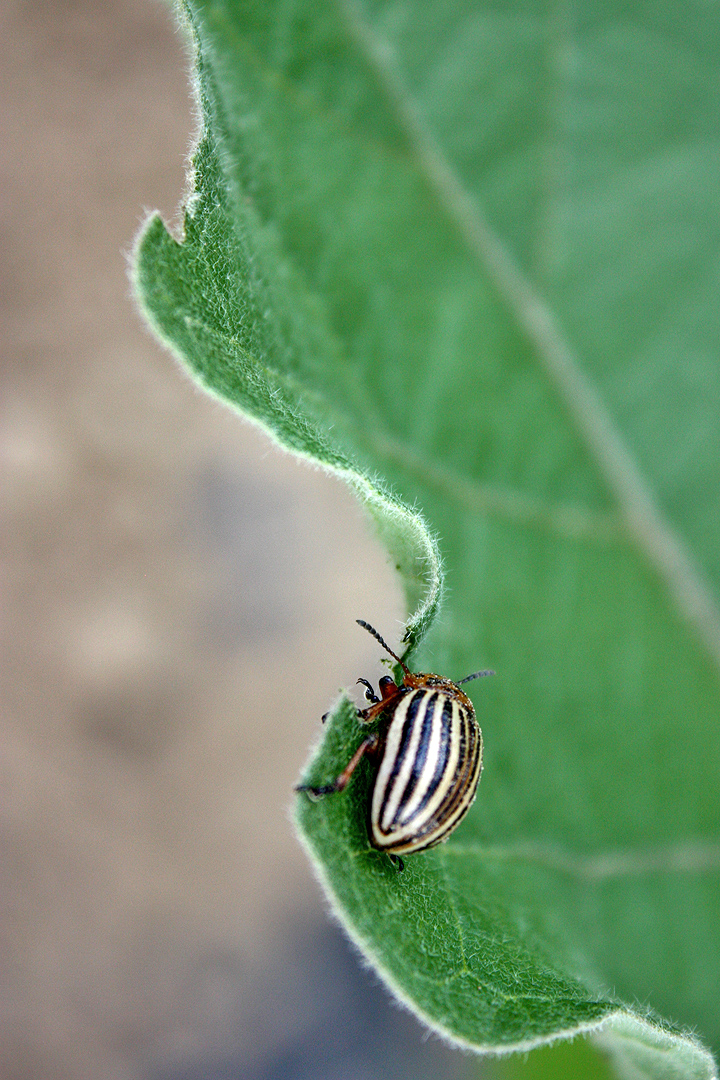 Here’s an ode to the CPB, because it’s an almost universal pest. Good luck out there, growers.

Part of what makes the CPB so threatening is its mobility. Adults overwinter deep in the soil and emerge in late spring to seek food. They can travel on foot for several days, and sometimes more than a mile to find a food source.

The second deadly characteristic of the CPB is its prolific breeding ability. Females can lay up to five hundred bright yellow-orange eggs in clumps of 15-25. From these eggs hatch the larvae, which do the most damage to foliage. These larvae feed for 2-3 weeks through four stages of molting, finally crawling into the soil to pupate. In many locations, a second generation emerges after a brief resting period, and in warmer regions even a third generation can emerge before adults go into hibernation in late fall.

So, what’s an organic farmer to do? First, we’ll talk about prevention – a favorite practice of organic farmers. We like to advise using the five P’s as a guiding principle (in life, and in farming!): Proper Preparation Prevents Poor Performance. A combination of diverse cultural practices ahead of the season is key to avoiding an attack by the CPB: crop rotation, physical barriers and traps are your friends here.

A good crop rotation will help starve adults when they emerge in the spring, diminishing the likelihood of reproduction. Although overwintered adults can travel great distances, every barrier you can throw at them helps. In addition to providing as close to zero food for them as possible, existing physical barriers like rivers and roads can also reduce the likelihood of their survival if they have to cross them to get to a food source. A trap made by a deep ditch covered in black plastic on either side of a potato crop is also an effective physical barrier, since the bugs find the plastic too slippery to climb once they have entered the ditch. 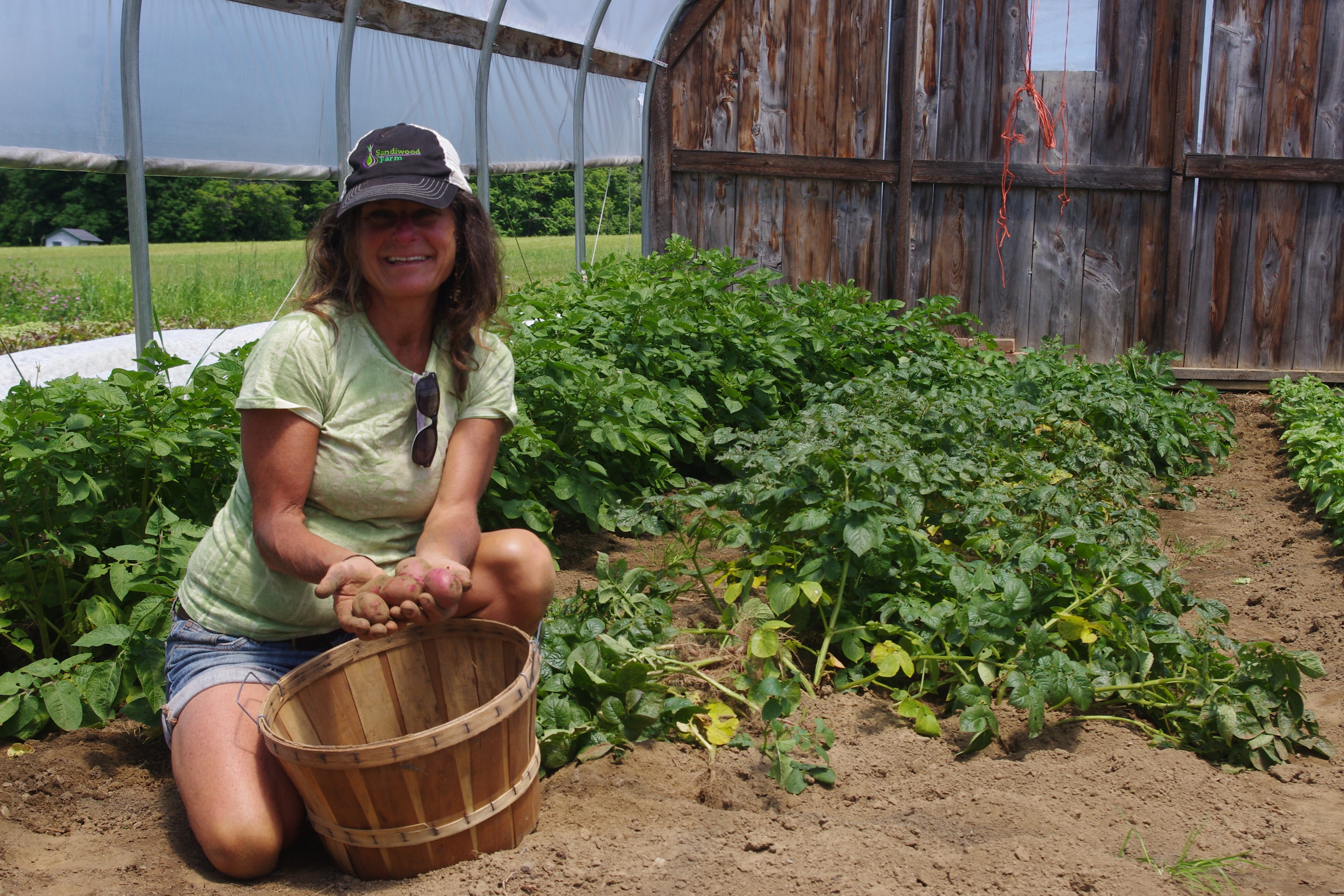 Finally: mitigation. If and when you do find these little buggers on your potato plants, there are a couple of options for organic growers: physical removal and organic pesticides. Most of us have resorted to picking individual beetles off of our plants at least once a week in the spring and early summer. They must be crushed or drowned in order to eliminate the threat. Egg clusters should also be crushed and can often be found on the undersides of leaves, so vigilant scouting is a must. The most common broad spectrum OMRI-approved organic pesticide is called Entrust, in which the active ingredient is spinosad. There is also a newer option on the market for organic growers, a Bt agent called Trident that is also OMRI-approved. Trident is most effective when the CPB is at its youngest stage just after emergence, whereas Entrust can kill bugs right up into their mature stage. While these are certainly effective organic treatments, it should be cautioned that the development of resistance remains a concern whenever we rely heavily upon a single class of pesticide for control – thus, a round of Trident early followed by Entrust several weeks later to ensure maximum destruction of the population is advised. And, of course, as organic growers it is our goal to minimize the use of pesticides (even organic pesticides) whenever possible, so the cultural practices mentioned earlier are also an important part of multi-faceted organic pest control.

If you haven’t already locked in your potato order this season, we would urge you to do so without any more delay. (Our most popular varieties often sell quickly.) If you need further potato pointers beyond the CPB, you can always visit our other blog articles which provide a slew of resources authored by fellow farmers specifically for organic growers.