On Earth Day, we like to take the time to reflect on how our work with organic seed fits into the framework of environmental and climate literacy. Although on the surface Earth Day may seem unrelated to agriculture – rather, you might wonder, isn’t it about a return to nature, protecting wildlife and natural habitats, recycling and cutting down on fossil fuel use? – the two are actually intricately linked in more ways than one. Inspecting organic versus conventional agricultural models through the lens of environmental impact reveals just how much your food choices affect the world we live in. 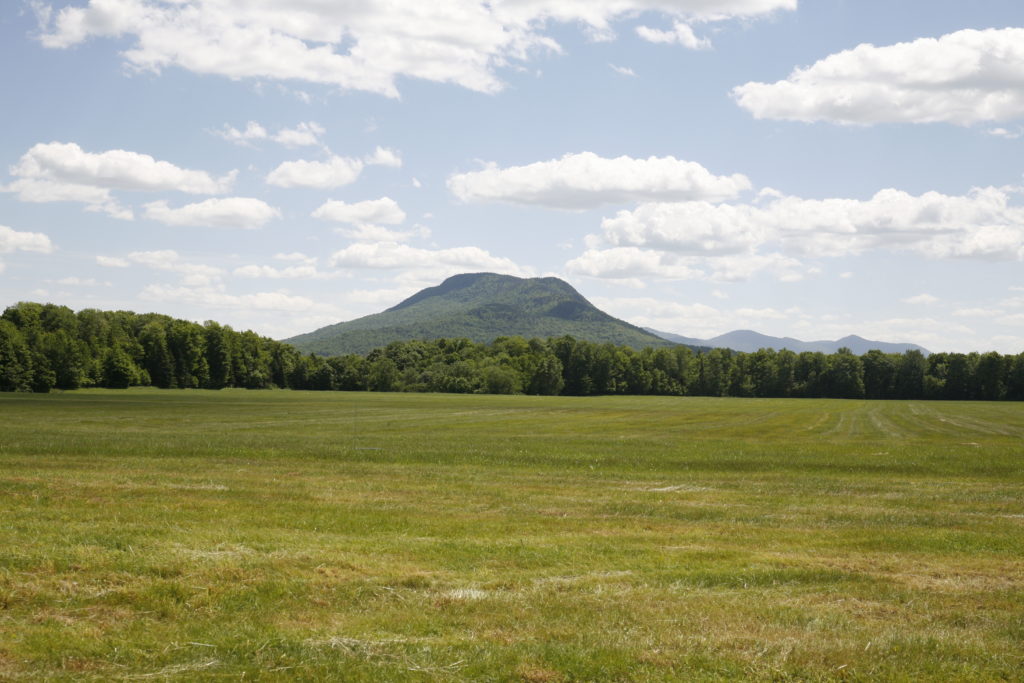 The key to reducing the impacts of climate change lies in fixing the planet’s broken carbon cycle. Carbon dioxide emissions are cited as a leading cause of the globe’s rapid warming, but as with everything that exists on earth, carbon is just one part of a complex system that has the ability to exist in balance and equilibrium. The balance of the carbon cycle has been disrupted by several compounding factors in the last century, but it is possible to work towards restoring this balance, and organic agriculture can help. 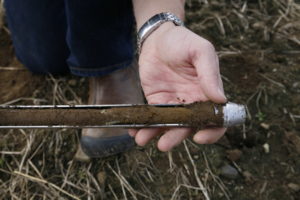 The cornerstone of organic agriculture is soil. The regulations currently in place to define organic agricultural practices revolve around strengthening soil health to provide a robust system in which plants and, in some cases the animals that eat them, can thrive. Soil health is commonly measured by levels of soil organic matter, which is made up in part by - you guessed it - carbon. The higher the level of soil organic matter in a piece of land, the more carbon is locked away in that soil, helping to create equilibrium in the carbon cycle by offsetting emissions through sequestration.

According to Yale Environment 360 and the Food and Agriculture Organization of the United Nations, enhancing carbon storage in our soils will be a critical tool to help counteract the effects of our changing climate – one that is currently underutilized and overlooked. Some organic farmers are taking innovative steps to build soil organic matter and sequester carbon on their farms, like our own Vermont organic vegetable farmer Kate Spring.

The use of synthetic fertilizers and pesticides in conventional agricultural has drastically increased pollution from runoff in waterways and groundwater reservoirs, some of which are direct sources of drinking water for communities of both humans and wild animals. In tandem, increased tillage and deep tillage techniques have resulted in lower levels of soil organic matter, releasing carbon into the atmosphere and diminishing the soils’ capacity to filter and retain water. This handicap is especially prominent when drastic climate events strike, increasing nutrient runoff and flooding. 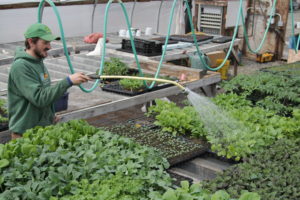 Because of its overall gentler treatment of the natural world, organic agriculture often creates spaces that are adaptable to regional biodiversity. Perhaps the area this is most urgently needed is in communities of pollinators. Honeybees in particular are experiencing major colony collapses annually, and although the exact cause is still unknown there is reason to believe that pesticide use and vast swaths of mono-cropped farmland have 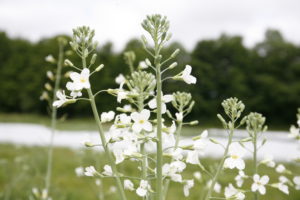 contributed to uninhabitable ecosystems for honeybees. Organic agricultural practices like crop rotation, diversified plantings, cover cropping, and reduced tillage create environments which attract and support all types of pollinators, which in turn benefit the crops and the wild communities that survive on the edges of farmland – just one example of how agricultural management practices can impact an entire community.

Organic agriculture also boosts the biodiversity we can’t see above ground. According to the NRCS (Natural Resources Conservation Service), “There are more soil microorganisms in a teaspoon of healthy soil than there are people on the earth.” These microscopic living organisms exist in a symbiotic relationship with the plants living above ground, and cannot thrive without their photosynthesizing counterparts. Maintaining a healthy soil community of microbes and fungi is one reason organic farmers use cover crops in between cash crops, so that their healthy microbial communities remain present for the next harvest.

Perhaps the most common rhetoric around Earth Day involves decreasing the burning of fossil fuels that emits destructive amounts of greenhouse gasses. The obvious culprits of this contribution to climate change are those we see and use every day: cars, electricity, heating or cooling sources. The less obvious but equally present contributors are elements of agriculture like synthesized fertilizers and pesticides that are used to produce most of the world’s food. The process of manufacturing these tools of conventional agriculture significantly contributes to total annual CO2 emissions, 25% of which the agricultural sector is responsible for.  The additional perpetrators include fuel use for machinery on farms (including primary tillage, applicators of pesticide or fertilizer, and harvest machinery) and fuel use for the transportation of the final product to far-reaching global markets. 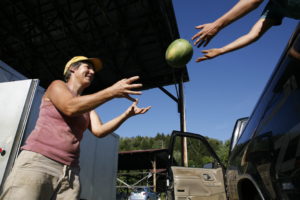 By comparison, organic agricultural practices inherently use fewer synthetic pesticides and fertilizers since most of these substances are prohibited in organic production by the USDA. The focus on soil health in organic systems also results in diminished tillage and input application, which reduces machinery fuel consumption. And although this practice is not exclusive to organic growers, many certified farms also choose to produce on a small, diversified scale and sell to local, fresh markets, reducing fuel use for transportation of their products.

Thank you for supporting our work in this great endeavor. Happy Earth Day from all of us at High Mowing Organic Seeds!