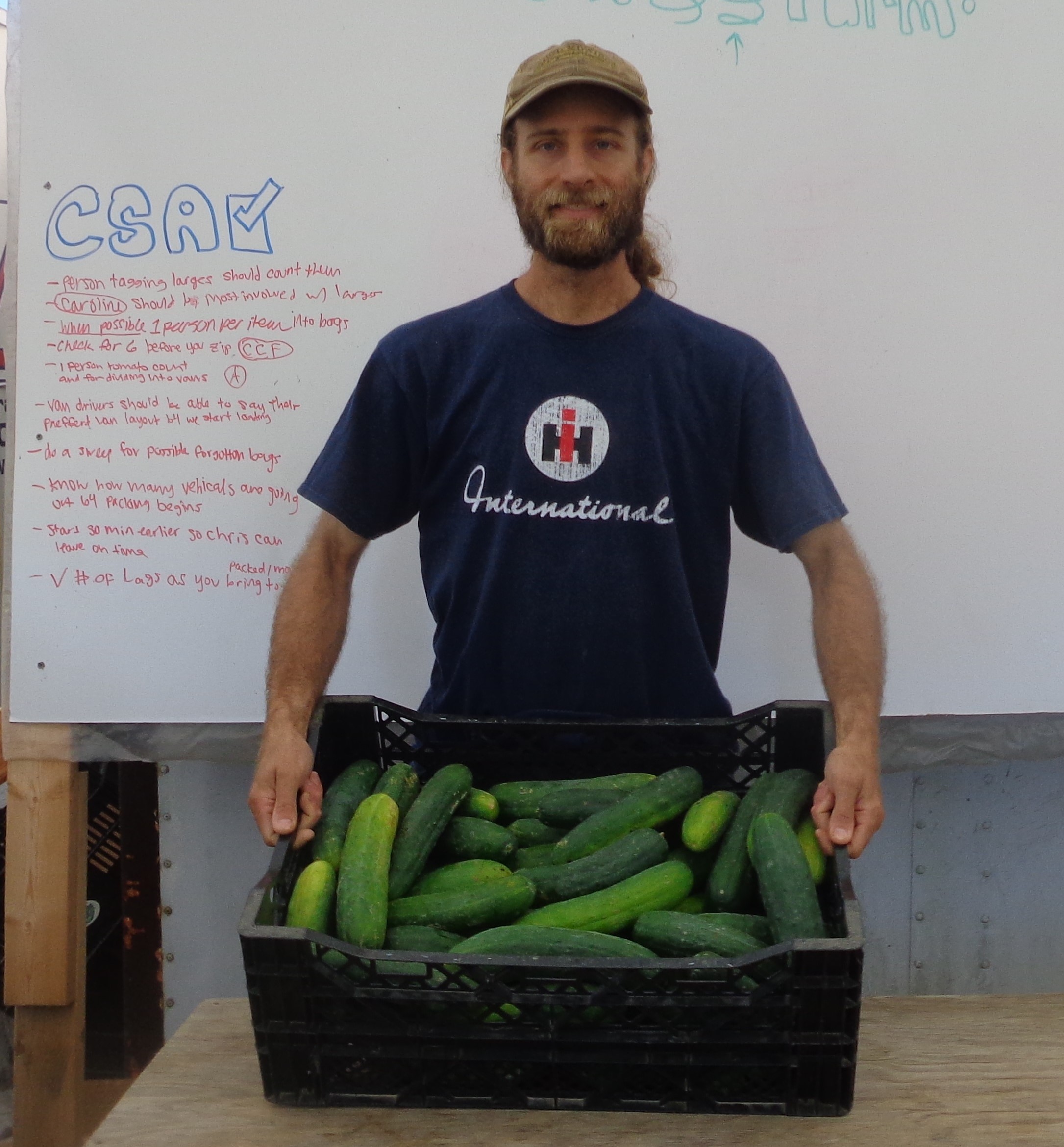 “I have liked High Mowing Organic Seeds ever since visiting the farm as a student in 2008; the company stood out since, unlike most seed catalogs, HMOS produced some of its own seed and is a small regional actor rather than a corporate giant. And it didn't hurt that Tom was suing Monsanto at the time. I bought my first HMOS seeds the following year.”

“We grow half an acre of cucumbers in a fairly intensive system, hand-planted on plastic mulch at 9' bed spacing with hay mulch in the aisles, two beds hooped and covered with 20' row cover. For normal cucumber varieties the row cover has to come off for pollination, which lets the cucumber beetles come right in to spread disease. Since we're already putting so much work into the cucumber field, I thought it might be worth trying the expensive parthenocarpic greenhouse varieties in order to keep the plants covered forever, since they wouldn't need pollination. Without cucumber beetles, would these vigorous varieties live longer and put out more cukes?

It seemed worth a shot, and it's worked out well. (When I decided to go the parthenocarpic route I researched varieties and selected Paraiso F1 and Corinto F1 to trial; Paraiso F1 was tastier than Corinto F1 and almost as productive and not very much later, so Paraiso F1 was the winner.)” -- David Giusti, Second Spring Farm

Learn more about Second Spring Farm and their success with organic seeds.