Our commercial grower sales team is dedicated to helping farmers in all regions. We offer knowledgeable advice on regional variety selection, standard and bulk sizing options, and the assurance of quality and convenience. We have an essential understanding of the complexities involved with choosing seed. We’d like to introduce ourselves to give you an idea of the depth of our team’s knowledge, and the regions in which we specialize. Read on to find out how we can help you grow better. 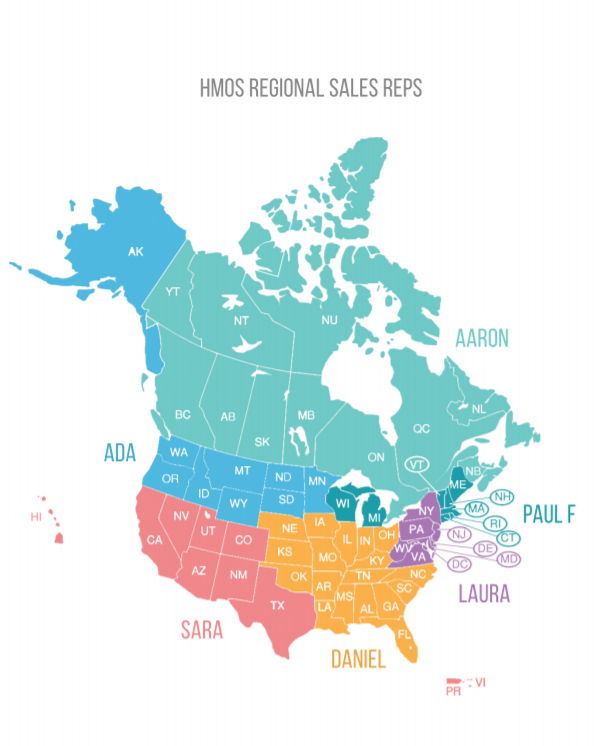 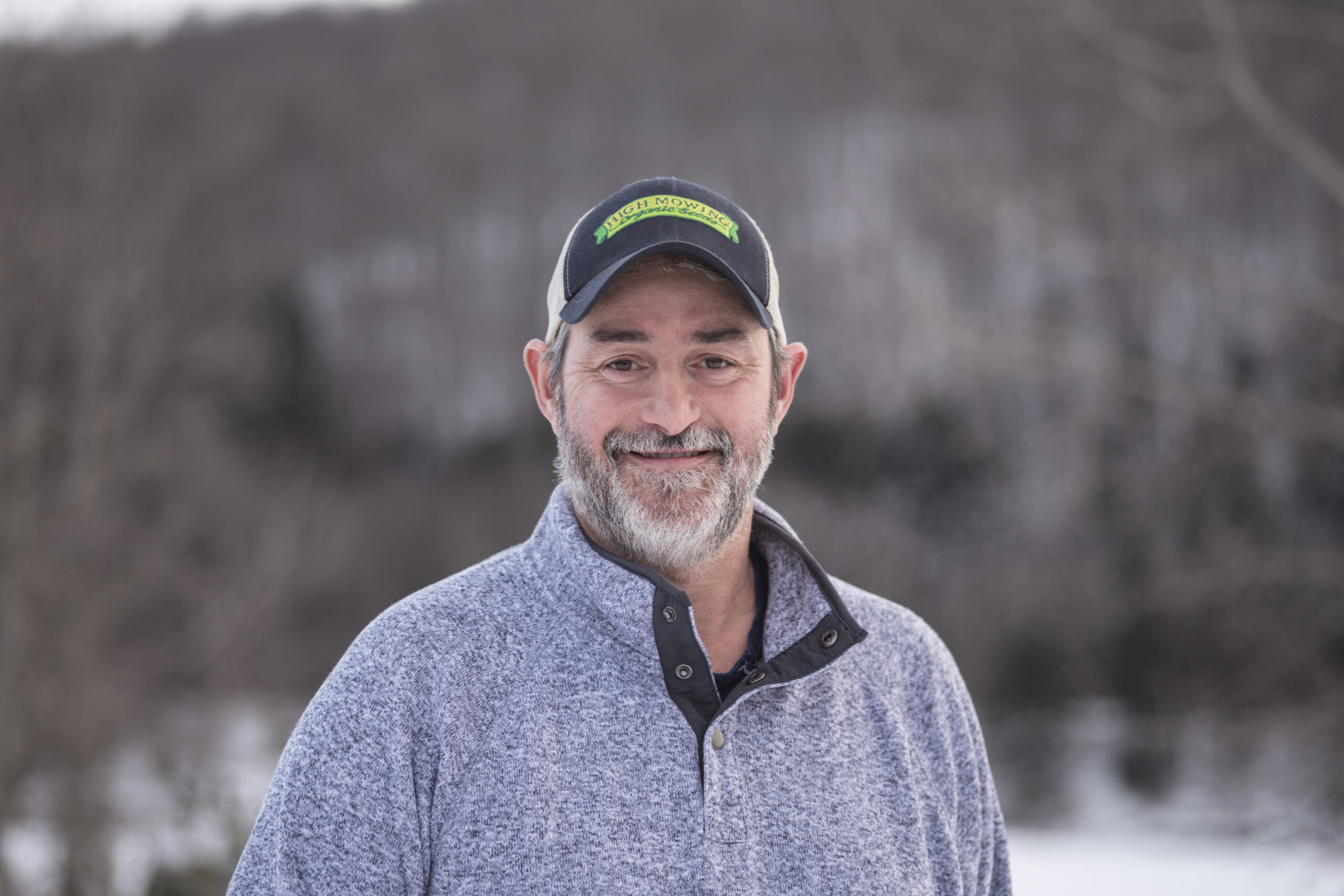 Paul Feenan was born and raised in Bennington, Vermont, where his family instilled in him a strong work ethic and demonstrated the importance of “working hard and smart.” In 2011, after two decades in the Pacific Northwest, Paul and his wife Kirsten returned to Vermont where they are now raising two children, John (11) and Ruby (9). Paul has spent thirty years in the field of diversified agriculture and the past twenty teaching others about food and farming. Paul recognizes that farming has challenges and that organic producers must employ a complex and unique combination of resources, information, methods, and tools to accomplish sustainable food production. He is committed to working alongside growers to find the right seeds for their operation and is very proud to be doing so at High Mowing Organic Seeds.

Paul Betz moved to Vermont with his wife Kate in 1995. After working on a few vegetable farms, they began High Ledge Farm on their property in Woodbury, VT in 1999.  He grew certified organic vegetables on 2.5 acres, and managed 4,000 ft2 of greenhouses and high tunnels, supplying a weekly market and a small CSA. Paul joined the sales department at High Mowing Organic Seeds in 2007, where he worked with commercial growers during the winter months. In 2016 he retired from market farming to focus more attention on his work with High Mowing. He brings more than 17 years of vegetable production experience to this role and appreciates what it means to make a living from his farm. He also works closely with High Mowing’s Trials Manager to help find varieties that will perform in an organic setting. He believes that organic agriculture begins with the seed and is committed to continuing the work that has gone into making High Mowing a resource for organic growers. 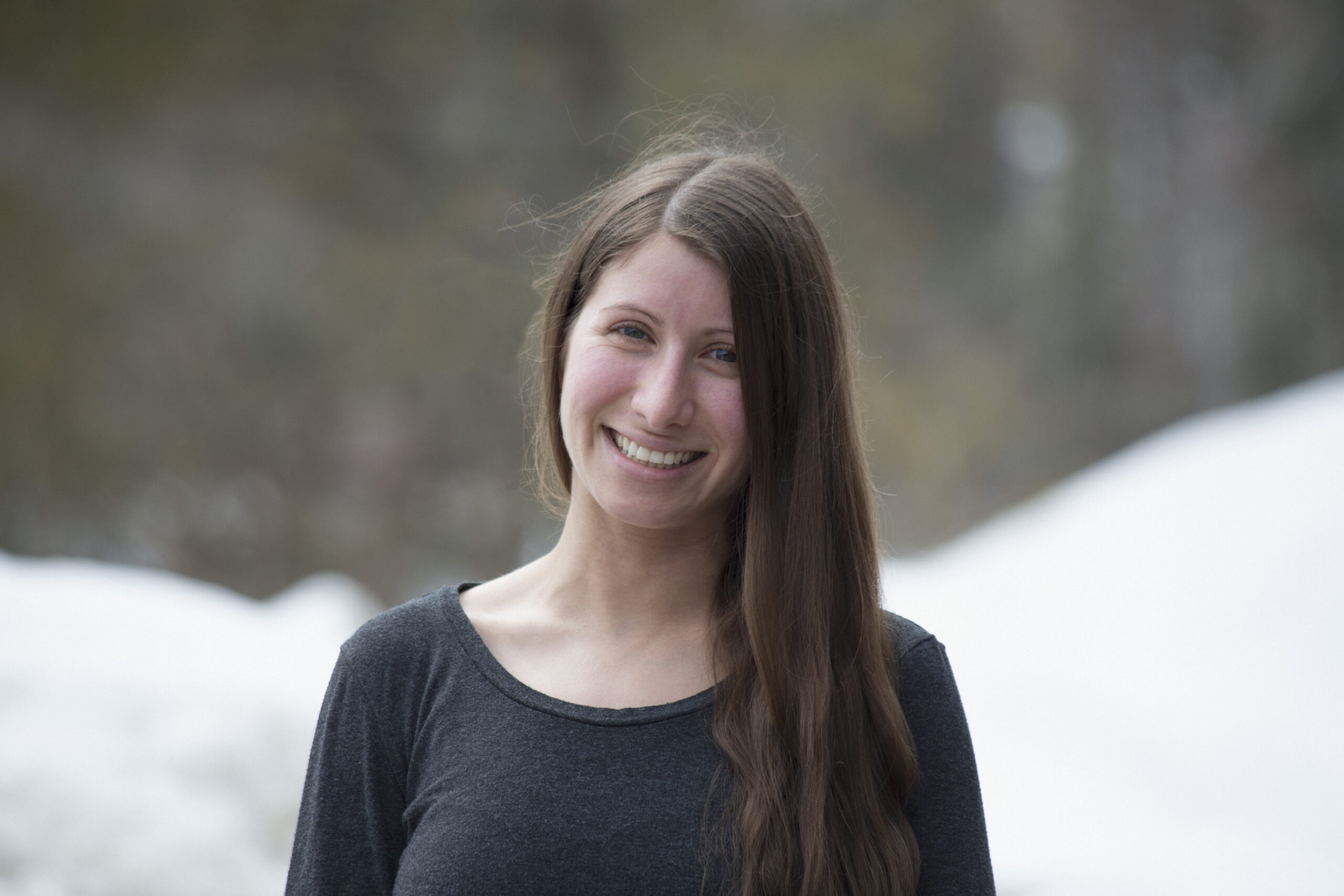 Laura Goldshein joined the High Mowing team in 2017, after graduating from the University of Maine Orono’s Sustainable Agriculture program. During her time there, she managed the University’s certified-organic CSA for two years. She worked for the USDA Agricultural Research Service in organic vegetable trials before spending a season on a commercial growing operation. Laura and her husband own and operate Rocky Valley Farm, located on 80 acres in Concord, Vermont where they raise grass-fed beef, lambs, and pastured poultry. Laura is passionate about organic agriculture, and brings that enthusiasm to working in the field, interacting with growers, and providing support to customers. 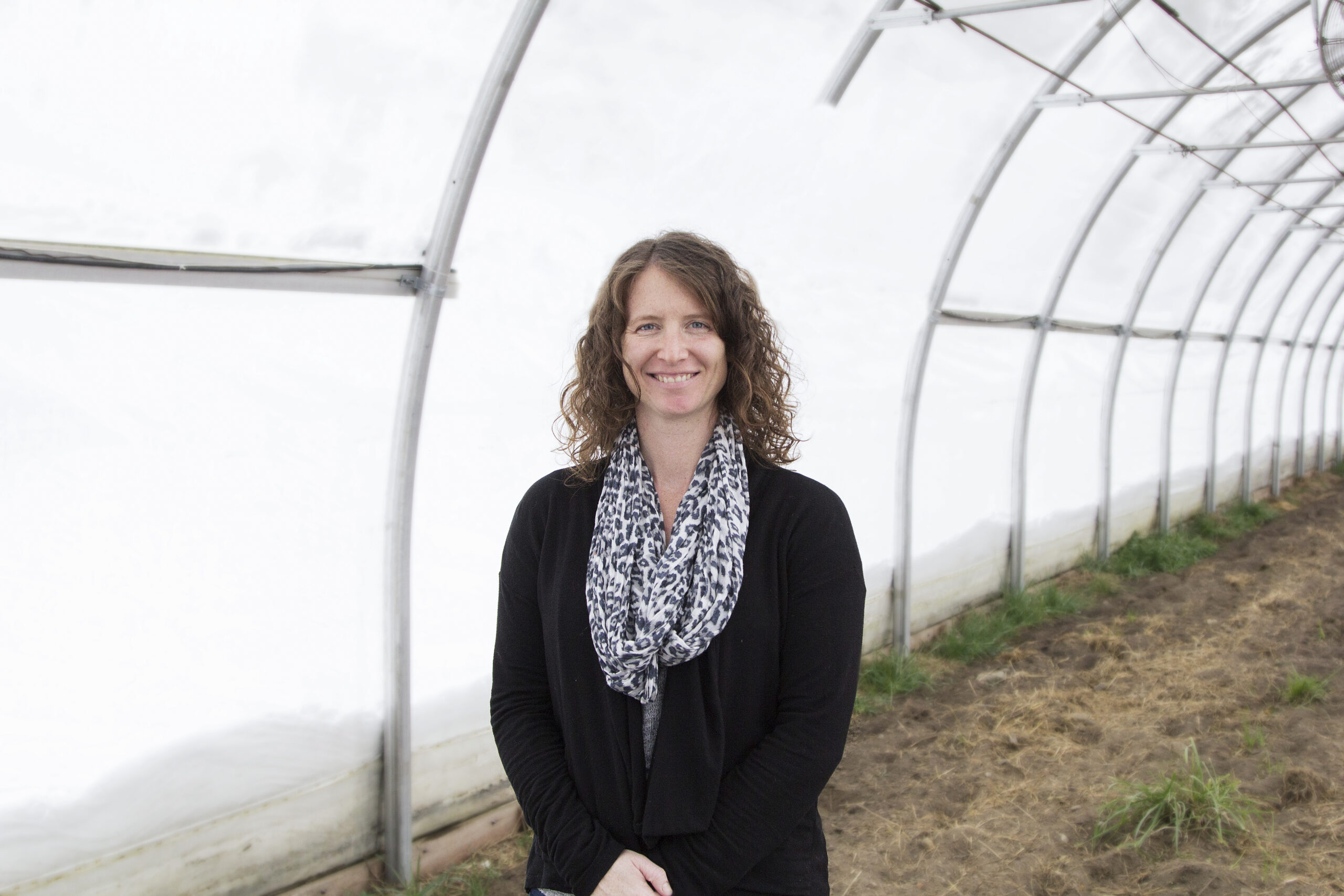 Ada joined High Mowing in 2014 and has over a decade of experience in the seed industry working both in sales and in the field doing product development. She enjoys visiting farms, meeting with growers and learning their farming systems to help find varieties that thrive in their unique conditions. She hopes to help growers overcome some of the diverse challenges of farming by offering the best possible organic seeds, service and resources. Ada is located in Mount Vernon, Washington. She and her husband welcomed their second child in July of 2019 and are enjoying their new adventures as a family of four. 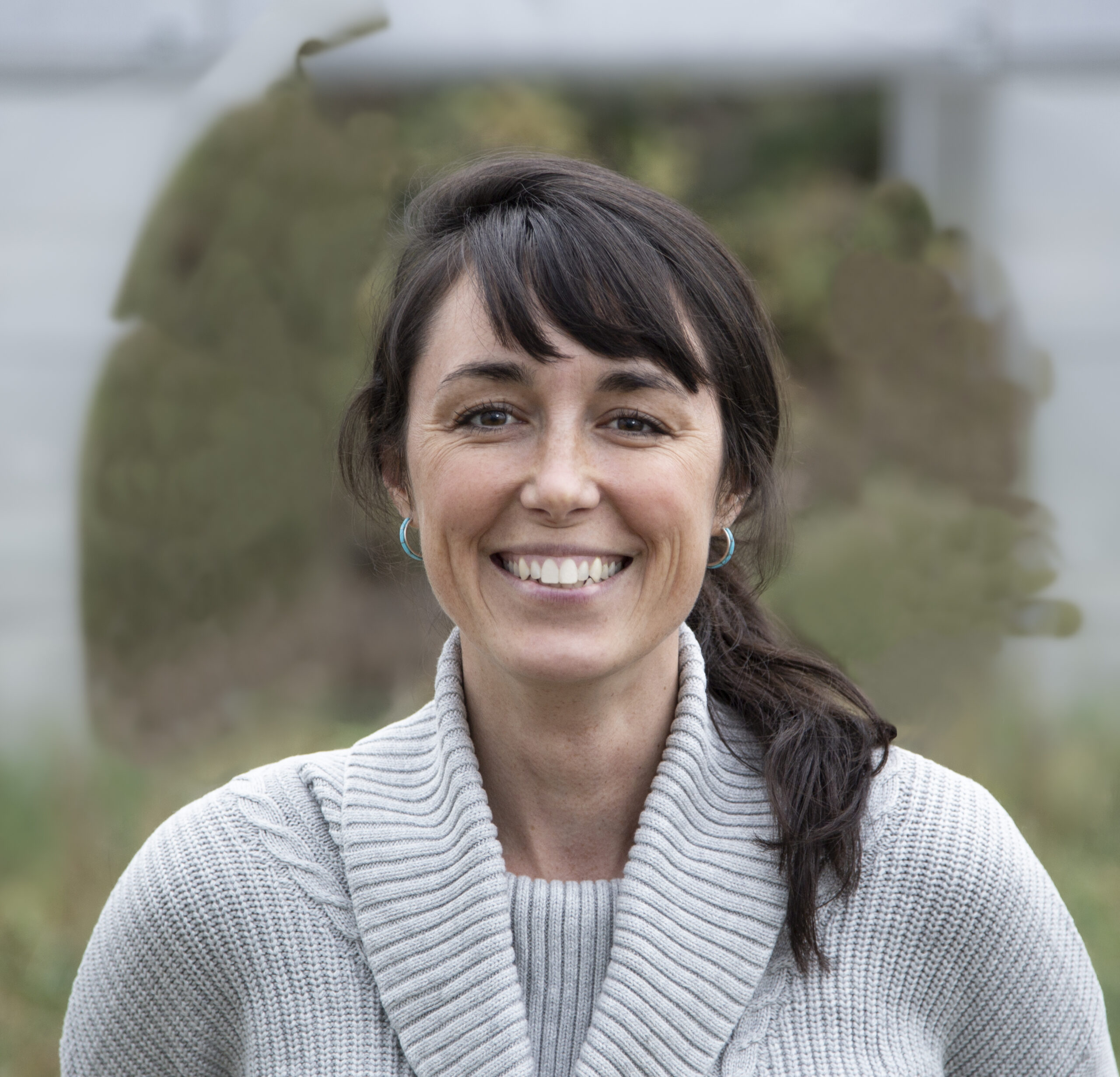 Sara moved to Vermont and joined High Mowing in 2019 after graduating from the University of California Davis with a M.S. in International Agricultural Development. Before graduate school, she spent 7 years vegetable farming in New England, first as an apprentice in southern Vermont and later as a manager at two community farms in the Boston area. Sara is excited that her position as Western Sales Representative with High Mowing combines her love for the organic farming communities on both coasts, allowing her to connect with and serve growers in the West while being based in Vermont. She is passionate about supporting organic farmers in their work to cultivate healthy food, viable farms, a just food system, and thriving ecosystems and communities. In addition to her work at High Mowing, Sara enjoys growing food and medicine, making art, organizing for social change, and all manner of outdoor adventures. Sara speaks Spanish fluently and is happy to communicate with growers in both Spanish and English. 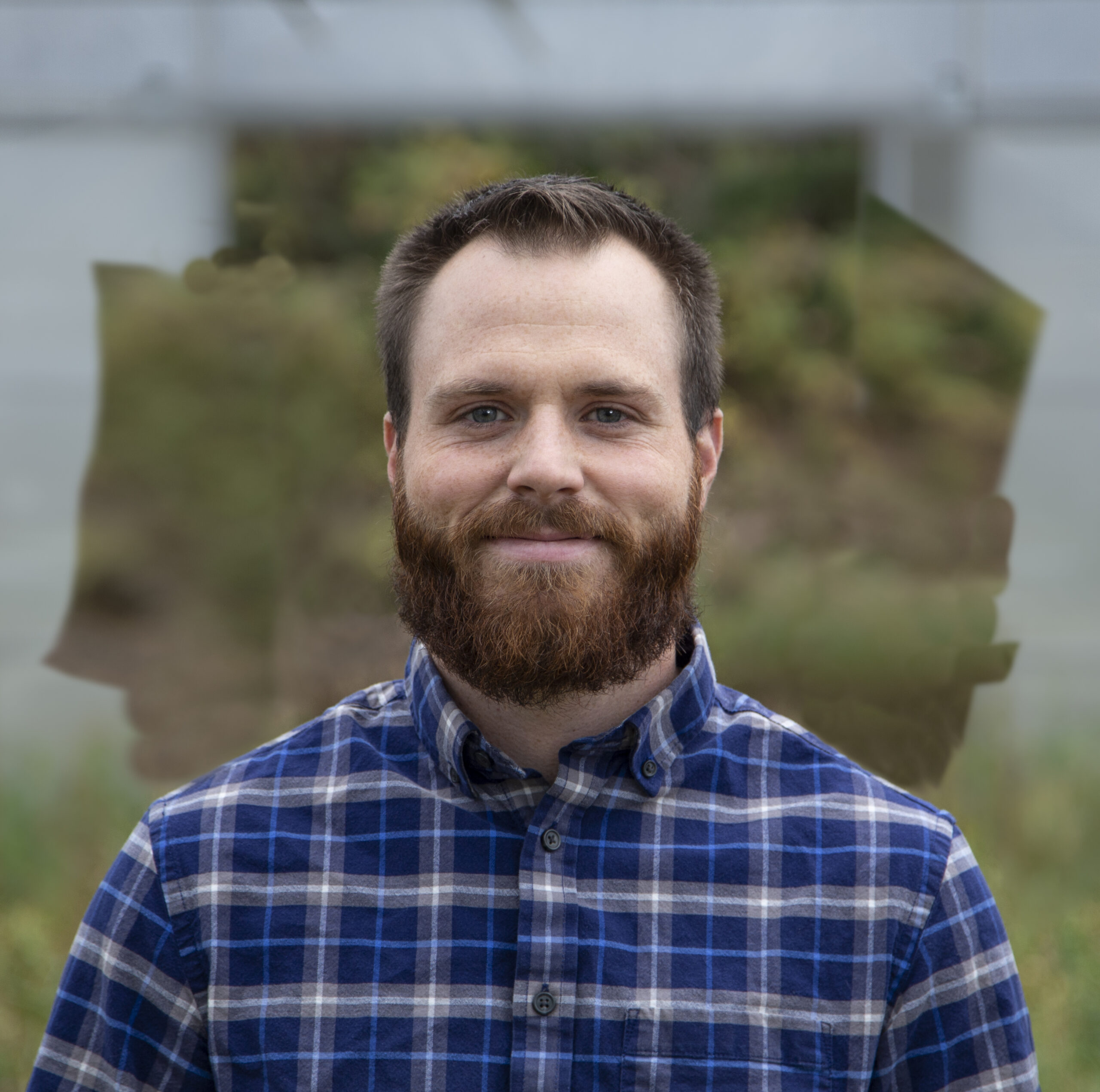 Daniel joined High Mowing Organic Seeds in the fall of 2019 after managing the organic seed division of Harris Seeds for 3 years. Prior to his experience as a product manager of organic seeds, Daniel gained farming experience through WWOOF. He spent the spring of 2016 in South Australia working on diversified organic farms. Through this hands-on experience, he developed a love of food, and a deep passion for organic and regenerative agriculture. This experience also helped him understand the correlation between the global food system and how organic agriculture can play a key role in stopping and reversing climate change. Daniel currently resides in a small farming community in Western New York where he started Macedon Center Farm in 2020. He grows diversified organic, no till vegetables and flowers on ¼ acre. He has participated in Cornell Small Farms Program “Baskets to Pallets,” which helps teach farms how to scale up their business and reach new market segments. He also participates in the American Farmland Trusts Soil Health Trainers program. This group of growers, researchers, and advocates works with farmers to understand the latest research focused on managing the health of soil. Daniel is excited to work with growers in the Southeast to figure out innovative practices that could help alleviate some of the challenging conditions growers in this region face. 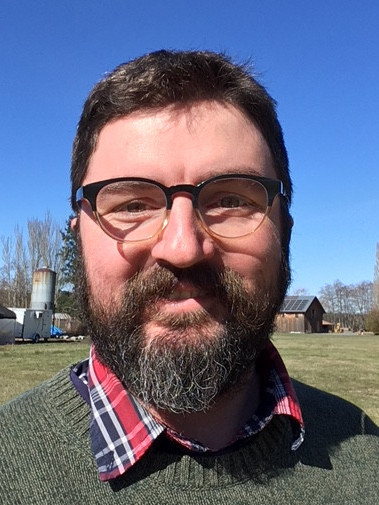 Aaron joined High Mowing in the summer of 2020 after spending the previous decade managing organic farms in western Washington state – first at his own operation, Sunbreak Farm, and then at the Organic Farm School, a farmer training program on Whidbey Island. In addition to his 10 years’ experience growing diversified vegetables, Aaron has also developed and expanded on his knowledge and passion for seed. He’s been growing seed crops on contract for High Mowing and other seed companies for the past seven years, has participated in variety trials on a regional and national level, and has developed his own breeding projects in addition to collaborating on breeding projects with industry and research partners. Aaron is passionate about seed because he believes that a strong organic agricultural system must be founded on a robust organic seed system, and he is very excited to work with growers to help them continue to strengthen their farms’ and their communities’ food systems.