As pest pressure peaks in August and many insects are at the height of their life cycles, the battle waging in the garden can be difficult, if not impossible, to keep up with. It's hard to imagine the fall days to come when the insects will begin to prepare for their upcoming dormancy. When autumn finally arrives, growers across North America will share a sigh of relief for the slow disappearance of the growing season pests that have wreaked havoc on their choice hosts and plant families this year. As the fall season takes hold in the months to come, the light will lower, the air and soil temperatures will slowly cool and everything from houseflies to bumblebees will be showing up in lower numbers.

The joy that this reduced pressure brings is exquisite, but it is good to temper this temporary satisfaction with the reality that many of these difficult insects slowly fading from sight have already laid their eggs in your well cared for soil and will be rested and ready for another season of banquet feasting starting next spring. The nice tilth, organic matter, and good drainage you've developed as idyllic habitat for your plants also makes a comfy home for pest invaders looking for a safe place to overwinter. In regions that have less extreme seasonality, some summer insects will linger, causing problems with fall crops and some of these stragglers include Colorado Potato Beetles, Cucumber Beetles, and Squash Bugs among others.

When it comes to summer pest populations, fall is a great time to clean up old debris, till areas that may be harboring pests and put out mulch to drive away overwintering adults and disrupt the generations of pests that may have been built into the garden. In areas where pests have heavily impacted the productivity of a crop, chickens can be run through to help sanitize the soil of dormant adults and eggs alike. The fall is a great time to take a soil test and apply soil amendments to prepare the garden for spring planting. Keeping good records of when pests arrived, where they centered their activity and varieties that performed under the pressure will help you evaluate your placement and timing choices for the following season and help you come up with a good crop rotation.

As if the summer pests weren't enough to worry about, there are a few fall and winter pests that can cause problems in your late season productions. Below we'll discuss a few of the heavy hitters and share some insights for organic management.

Aphids are a year long pest and have been known to overwinter in warmer regions under cover. They can infest greenhouses and high tunnels and multiply quickly under the protection of floating row cover. While they are small, easily squished and seemingly harmless at first sighting, their long mouths pierce plant foliage and slowly suck out its juices. This in itself causes damage but can also result in the spreading of sooty mold which has the potential to cause extensive commercial damage. If the infestation remains small, spraying the plants with water through a high powered nozzle can be enough to remove them. The infestation can grow rapidly and will spread easily from one area to another if the population is not scouted early and often.

There are three aphid species that impact fall brassicas plantings including the cabbage aphid, the turnip aphid and the green peach aphid. As they sap your plants of nutrients, the plants will develop abnormalities including curling and dried leaves and slowed growth. Aphids in organic systems can be managed using OMRI approved neem based oil sprays and insecticidal soaps. These will need to be used weekly until the infestation is under control.

The best management of aphids is to check for populations early and often. Look at the under sides of lower leaves and stems and examine plants for damage, fecal matter, adults and eggs. Leaf matter that is damaged and holding a cluster of aphids should be removed if possible. Aphids thrive in conditions where there is ample cover and protection from the elements, nitrogen foliar sprays and in densely planed material, making fall a prime time for their populations to explode. 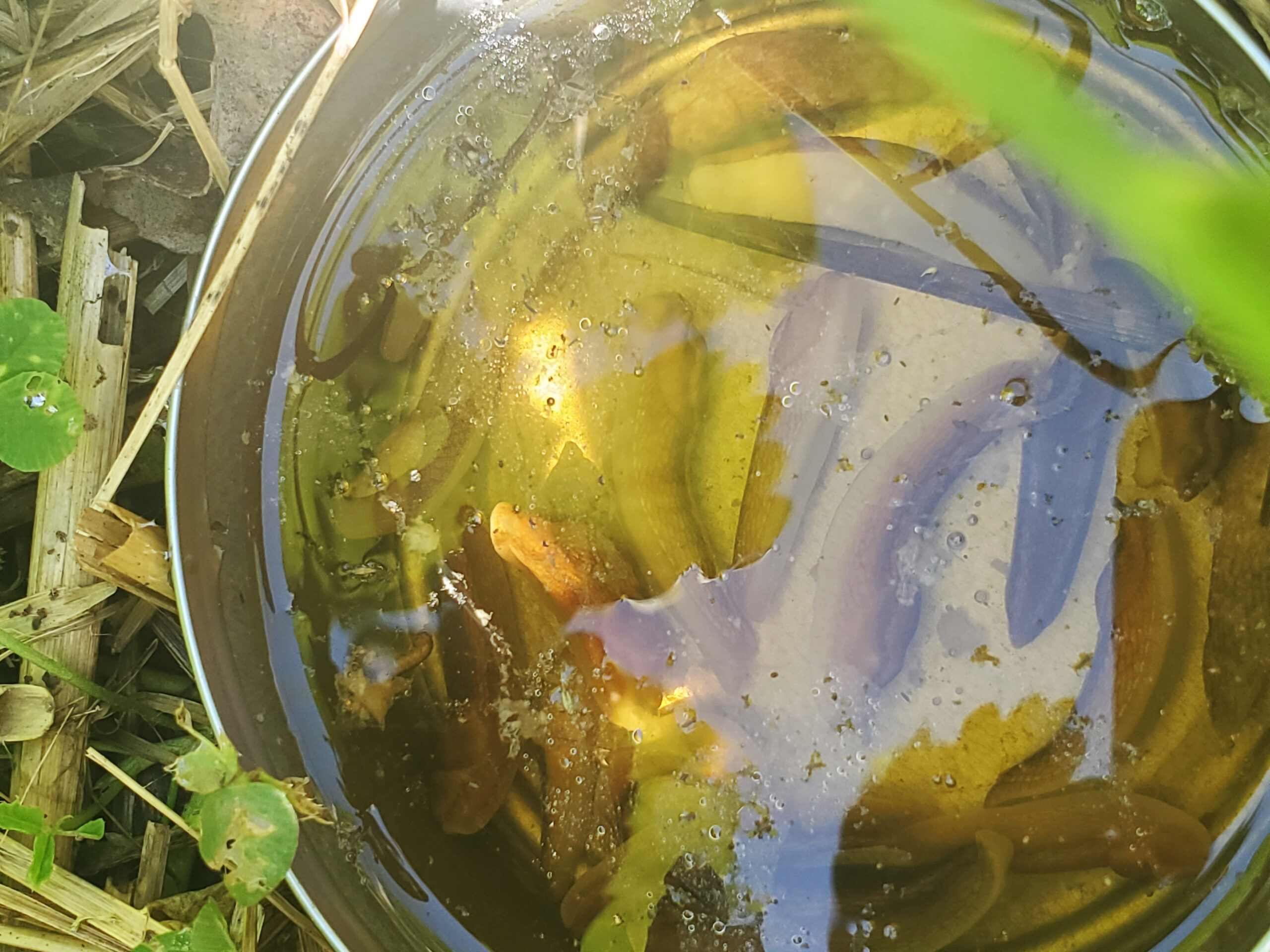 Snails and slugs are another category of pest that present issues all season long, but do not seem to slow down in the fall months. It is during the fall months that snails and slugs will be laying over half of their total eggs for the season and each egg will hatch in 2-3 weeks. The adolescent individuals overwinter in the garden and will cause damage to fall plants. Snail and slug pressure can cause serious damage in a greenhouse or high tunnel setting and will appear as large holes in plant leaves. Under closer examination, you may notice slime trails, showing you exactly where they went as they devastated your crops. There are many homemade treatments for slugs including spreading coffee grounds and crushed eggshells around plants, beer traps and putting copper tape around the base of plants. Other methods for larger infestations include diatomaceous earth, organic slug pellets, beneficial nematodes and hand picking in the dark with a head lamp (which is the worst feeling ever, but highly effective.) Above, slugs meet their inevitable end in a cleverly set beer trap. Photo courtesy of Macedon Center Farm. 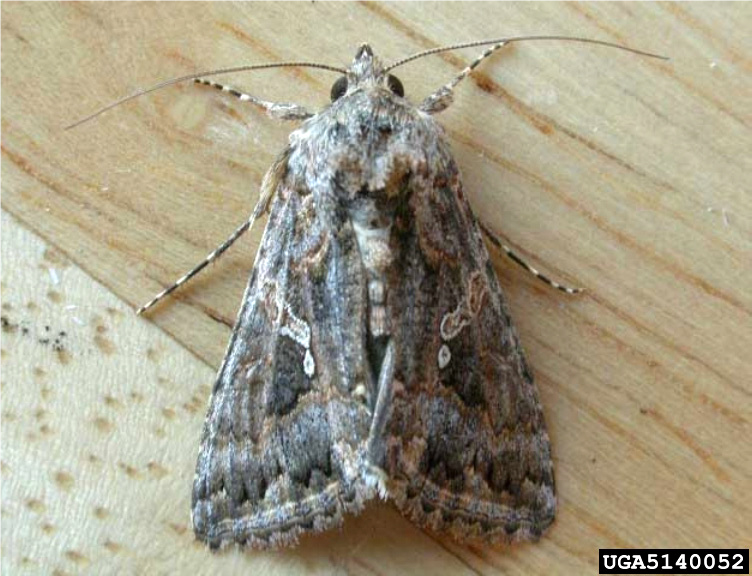 Cabbage loopers are extremely common pests, can cause damage all season in cooler climates and have a serious resurgence in the fall. You will notice an infestation is on the horizon if you spot the grayish, brown moth in the evening that the looper transforms into at the end of its life cycle, commonly referred to as an owlet moth. The moth lays its tiny eggs on the brassica crops and the caterpillars hatch, beginning to feed immediately. At first the larvae are clear with dark heads, making them difficult to see. As they age, they will develop a pale green color with stripes that round down the sides of their body. When the infestation begins, the larvae will feed on the undersides of leaves along leaf veins, making the damage difficult to detect. As they mature, they will move to the growth center of the plant, defoliating kale and collards by eating the newly emerging leaves at the veins. They are heavy feeders when they're in their caterpillar stage and can cause damage very quickly. Populations can be controlled by using floating row cover on seedlings and transplants to prevent the eggs from being laid on the plants and through hand picking. They can be sprayed with OMRI approved forms of B.t., Spinosad and/or pyrethrin. Photo credit: Keith Naylor, Bugwood.org.

A very similar pest that does serious damage to fall crops is the imported cabbageworm. This caterpillar results in a yellow-white butterfly that you will see dancing among your brassicas plants all season long. They will lay their eggs primarily in the light of day and three generations can develop and mature in northern climates while populations can overwinter totally in the southern states. The butterfly lays one yellow, oblong egg at a time. When the larvae hatch, they exhibit an orange stripe down their back and two yellow stripes along the sides of their body. They eventually mature into a pale green, maintaining these lines as fine dots along their bodies. Damage caused by these caterpillars can be extensive as they will eat any part of the leaf and will quickly defoliate plants as they develop towards their pupal stage. Populations can be controlled by using floating row cover to prevent egg laying, through hand picking, and by using OMRI approved B.t., Spinosad and Pyrethrin sprays. 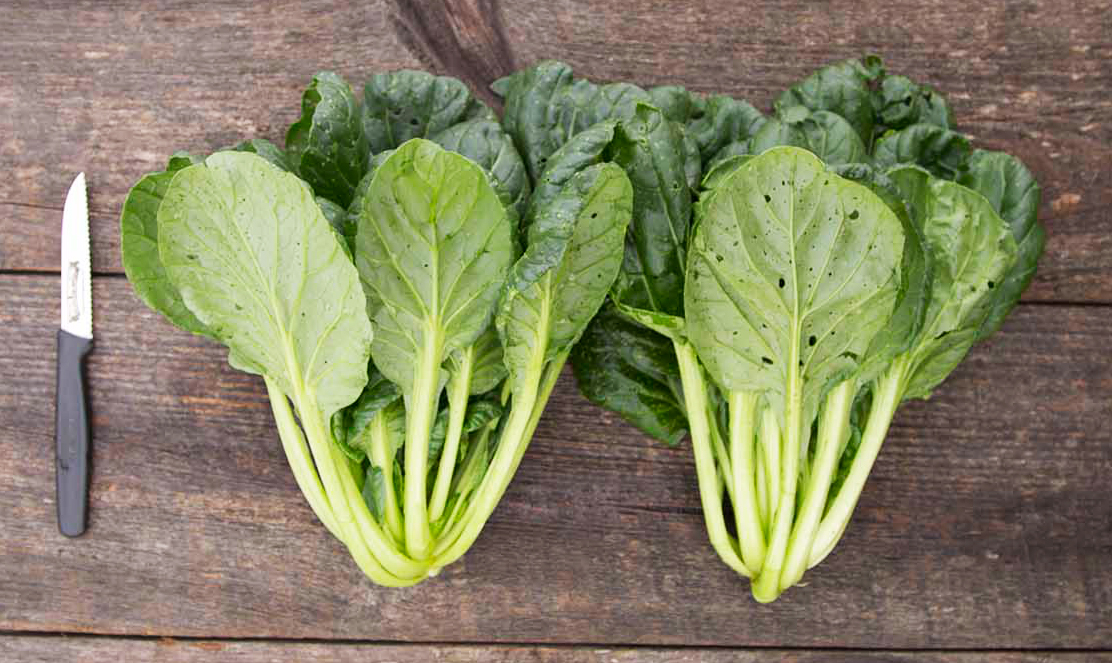 In some regions the flea beetle pressure in spring is so severe that crops like arugula, radishes and turnips have to be covered for their entire life cycle to be protected from the "shot gun" style holes the adult insects chew into the crops. There are several types of flea beetles and each has a favorite crop family. In the fall, the flea beetle types that cause damage to brassicas and related crop types include the crucifer flea beetle and the striped flea beetle. Adult flea beetles overwinter in soils which can make them very difficult to eradicate once a population has settled in. Flea beetles attack the plants both above ground on the leaves and below ground, where larvae begin life by feeding on the roots. Adults lay eggs at the base of the host plant and once the larvae hatch, they will feed on the roots of the crop for up to 4 weeks. Flea beetles thrive in conditions where garden debris and weeds are left unmaintained. Tilling areas where populations have gotten out of control can kill overwintered adults. Using floating row cover to protect crops can be helpful, so long as there isn't a population laying dormant in the soil. In the case of flea beetles, crop rotation can be key. Intentional mulching can help deter these pests along with beneficial nematode drenches. Other OMRI approved methods for deterring infestations include pyrethrin, spinosad, neem based oils, insecticidal soaps and diatomaceous earth. Above, Tatsoi foliage with "shotgun" hole flea beetle damage.