All of the carrots grown for seed in North America and Europe are biennials. This means that the plants will take two seasons to fully mature and require a period of cold temperatures to induce flowering and the production of seeds. Biennial crops can be tricky; their extended stay in the field can further expose them to the damaging pressures of climate, pests and disease. One insect pest that is specifically wreaking havoc on the production of carrot seed in North America is the Lygus Bug. Read More on the impact of Lygus Bug populations on carrot seed production here. 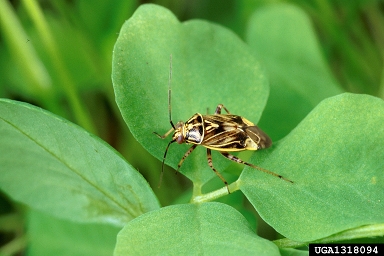 The most prevalent Lygus Bug species in North America include: 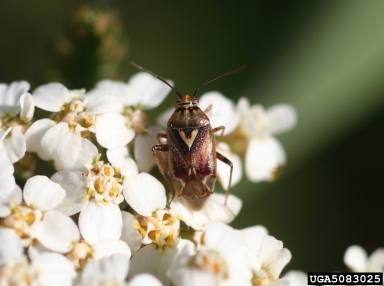 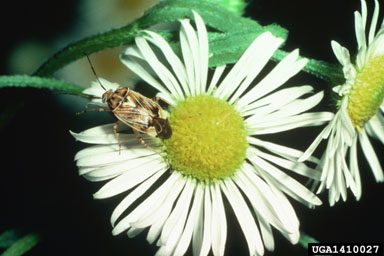 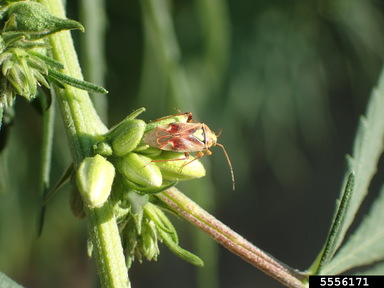 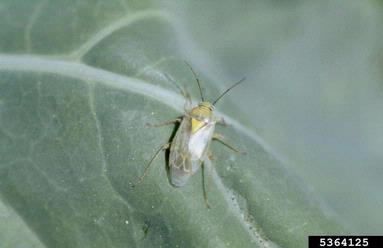 All of the Lygus species are classified in the order Hemiptera which is an order of insects typically referred to as "true bugs." Many of the insects in this order are characterized by their piercing and sucking mouth parts. Within this order, Lygus bugs are classified by the family Miridae and can be distinguished by a generally triangular shaped cuneus (lobe) on the wings and a V-shaped tick on the center of the back. The insects have long, thin legs and long antennae. 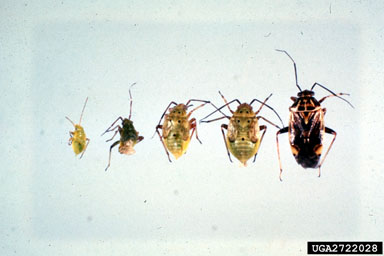 Lygus bugs are Hemimetabolous, meaning that they do not go through a larval phase and instead develop first from egg, to a changing nymph stage where they overtime develop the characteristics of a mature bug. The nymphs are wingless and develop in 5 distinct stages. Often the nymphs are smaller, greenish or yellow with five black dots on their bodies. Eggs of the Lygus Bug are oviposited into plant stems, stalks and buds and nymphs generally hatch in 8-10 days. A female can lay 1-3 eggs per day and between 30-120 eggs over her lifespan. Nymphs immediately begin to feed on the plant material, using their piercing and sucking mouth parts which inflict wounds in their host plant. It takes 12.5-40 days for the nymphs to fully mature and this is dependent on temperature. In the hotter regions where temperatures reach into the 90's, the nymph cycle can take only 12.5 days. Where temperatures average around 50 degrees, it can take the nymphs up to 40 days to reach maturity.

In early spring, the first adults emerge from their overwintering vegetation and begin to feed on buds and shoots. They will mate and start laying eggs on host plants. As early summer arrives, the first generation of nymphs are born. The Lygus Bug population will begin to migrate to cultivated crops and their numbers can appear to increase suddenly and dramatically. During the summer, 2-3 generations of Lygus Bugs will cycle through the fields. At wintertime, the Lygus adults that have survived the season will return to their overwintering host plants on the field edges and in other surrounding vegetation and plant debris.

The fact that Lygus Bugs have over 385 host plant species to choose from makes them incredibly difficult to eradicate. These host plants include wild and cultivated varieties and herbaceous and woody plants. Lygus populations that are thriving on weeds like wild radish, common groundsel, milk thistles, wild mustards and lupines commonly migrate to cultivated crops when the season peaks. 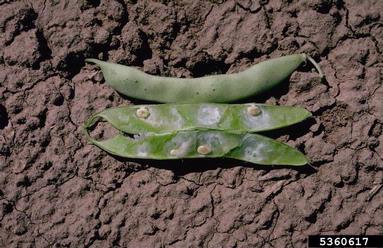 In a situation where Lygus Bugs are able to oviposit on a wide selection of host plants and gain in numbers, the damage will be seen in the plant's ability to reproduce. It is the later stage nymphs and mature adults that cause the most harm to flowers, fruits and seeds. While they pose a threat to all growth phases of a plant, their piercing and sucking mouthparts cause severe damage to the reproductive systems of plants, sometimes reducing seed set and maturation by nearly 100%. Damage can be identified in flowers where the flowers are malformed, they fail to develop entirely, they experience poor pollination, and/or the abortion of set flowers. In fruit and seed production, the effects will include deformation and discoloration of fruiting bodies, reduced or halted seed production, deformation of the embryo, and/or embryo-less seed development. Embryo-less seed development is one of the most harmful and difficult to recognize damages caused by a Lygus Bug infection and is one of great concern for those who are growing carrot varieties for seed as Apiaceae (or Umbelliferae) are their favorite crop family.

Symptoms of infestation can also include curled leaves and stems, lesions on the plant tissues, spots, and/or discoloration of any part of the plant. Lygus Bugs also cause damage through their toxic saliva, which is injected into the plant during feeding. This toxic saliva irritates the puncture point and further causes reproductive issues in bud development, flowering, fruiting, and seed production.

Once a Lygus Bug population has gotten a footing in a location, they can be very difficult to manage. Monitoring populations using stick traps and pheromone traps can be useful in determining how severe the infestation is. Monitoring should take place just before and at first bloom of cultivated crops. Another way to scout the population is to check weeds surrounding fields in early to late spring to see how many adults have overwintered and emerged.

Crop rotation and diversified crop sowing can help protect crops from damage. Large plantings of one crop can provide extensive habitat for the Lygus bug and large harvests will encourage populations to migrate to another source of food. Managing preferred host weed species in and around the growing areas will reduce their ability to peak in the summer months and overwinter in the cold season. Planting trap crops of cultivated favorites can also help reduce pressure on cash crops. Using row cover up until flowering, and after where possible, can help prevent damage. In situations where the population is overwhelming crops, manual/mechanical removal of specimens by hand or with a vacuum can sometimes prevent crop failure.

Lygus Bugs have many natural enemies and conserving and promoting their populations can help biologically control infestations. Some of these enemies include: 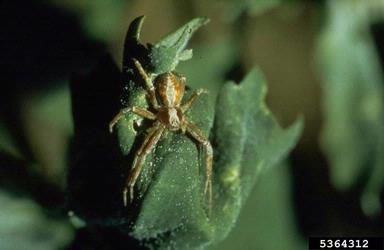 Lygus Bugs can also be managed by predicting their development though the integrated pest management system known as Degree Days. As cold blooded organisms, the temperature plays an essential role in the development of the Lygus Bug. Identifying the optimal temperature for their development and proliferation can help focus efforts and control methods.