2020 is here and the growing season is just beginning. As we head into February, depending on your region, it is either time to start some of your first seeds for spring or that time is just around the corner. While some of these early spring crops prefer to be direct seeded into the soil just before the last frost of spring, many can be started indoors somewhere between 6-10 weeks before this last spring frost. Transplanting these developing baby plants 2-3 weeks before last frost gives you a jump on the season and the advantage of earlier harvests down the road.

Below, click on a crop type to learn more

about some of our favorite varieties for early spring sowing. 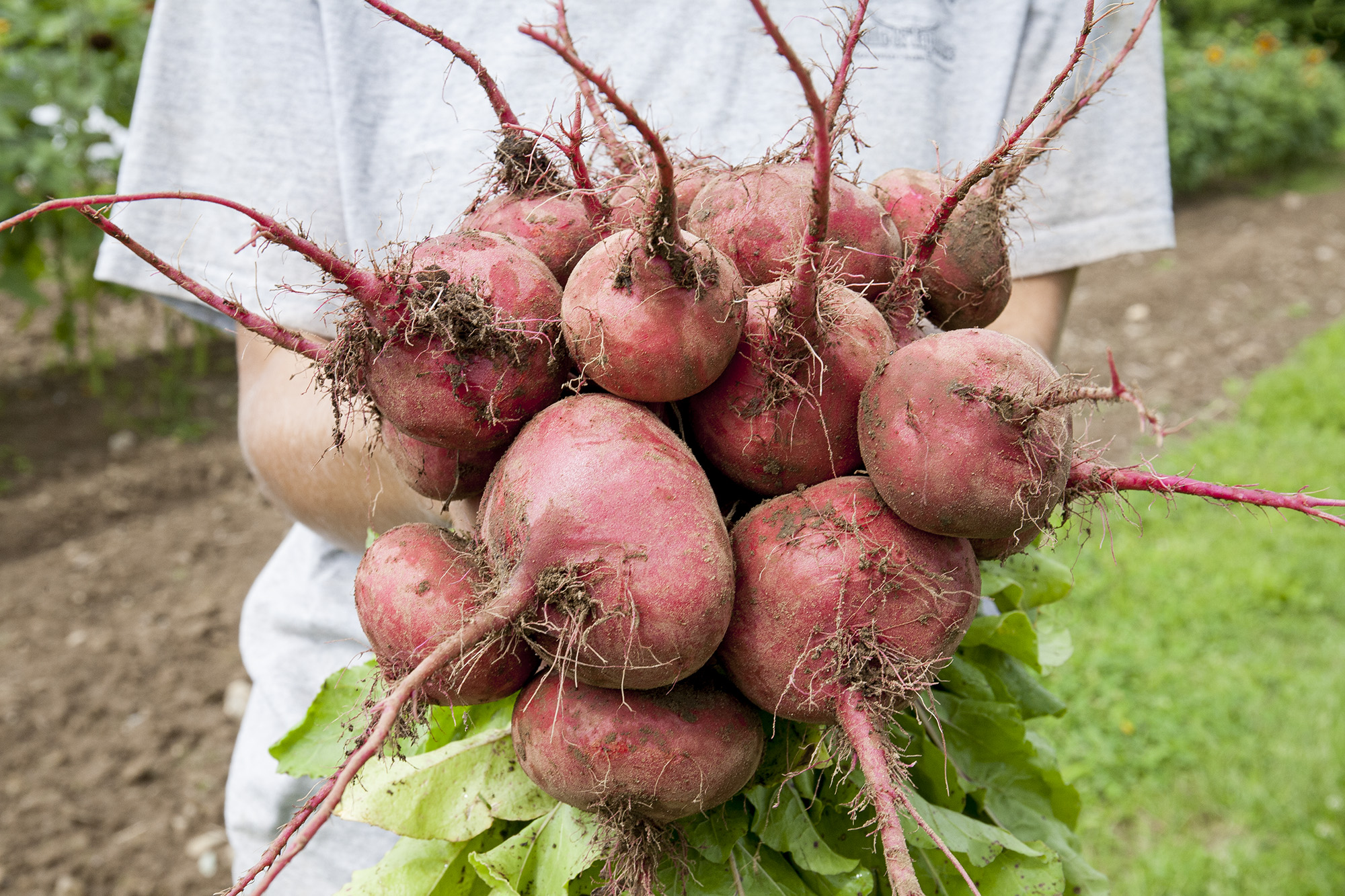 Beets are somewhat cold hardy and can tolerate the cool temps of early spring. It is good to wait until soil reaches a minimum of 50°F before sowing outdoors, typically around 2-3 weeks before the last frost of spring. Many people prefer to transplant beets to encourage more uniform growth and harvests. 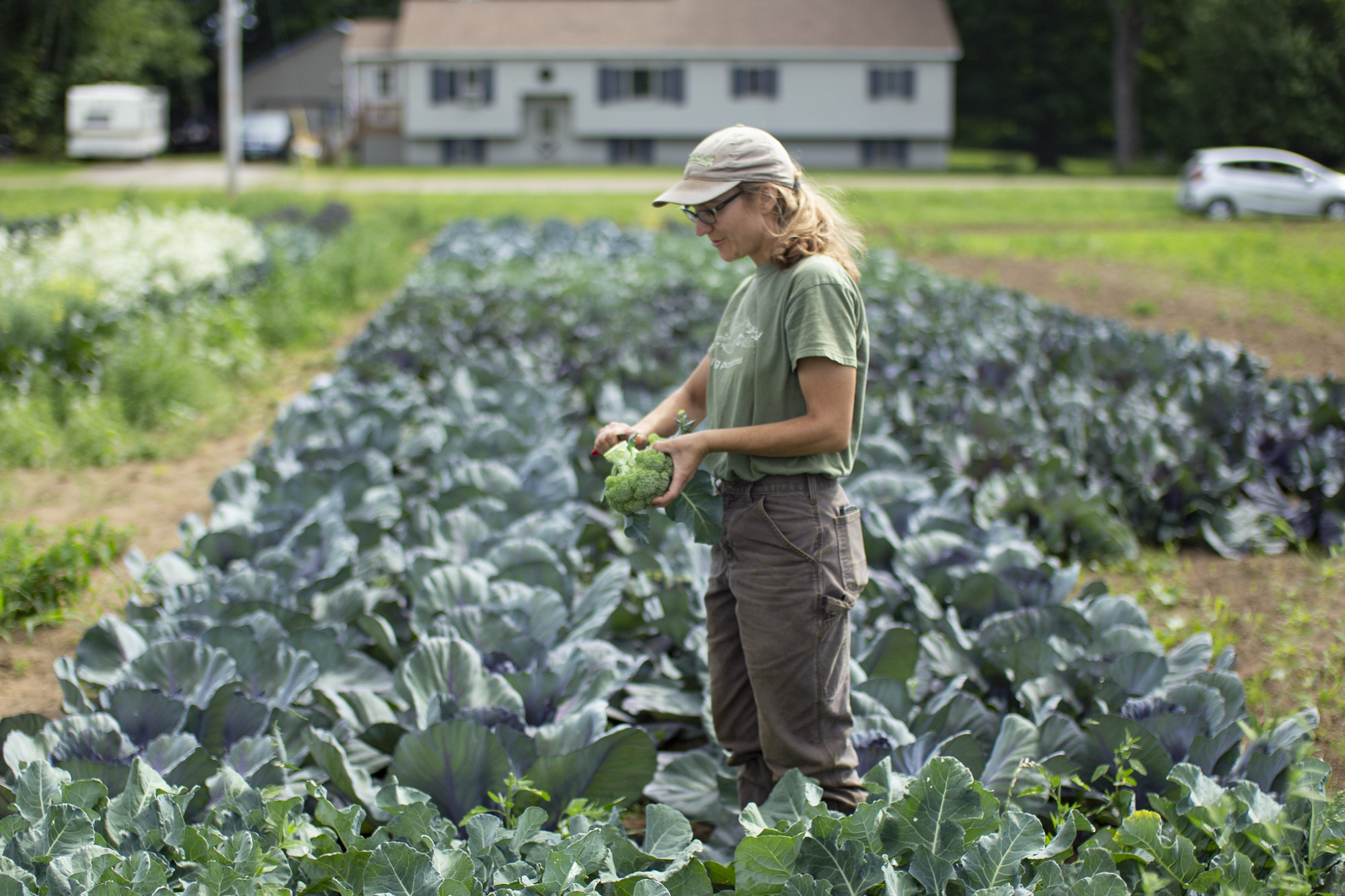 Broccoli plants thrive in conditions that range between 65-70 degrees which means in most climates, broccoli needs to be planted as early as possible. Direct seeded or transplanted broccoli can be put outdoors once the soil is at least 40°F. Generally, this is 2 to 3 weeks before the last spring frost date. 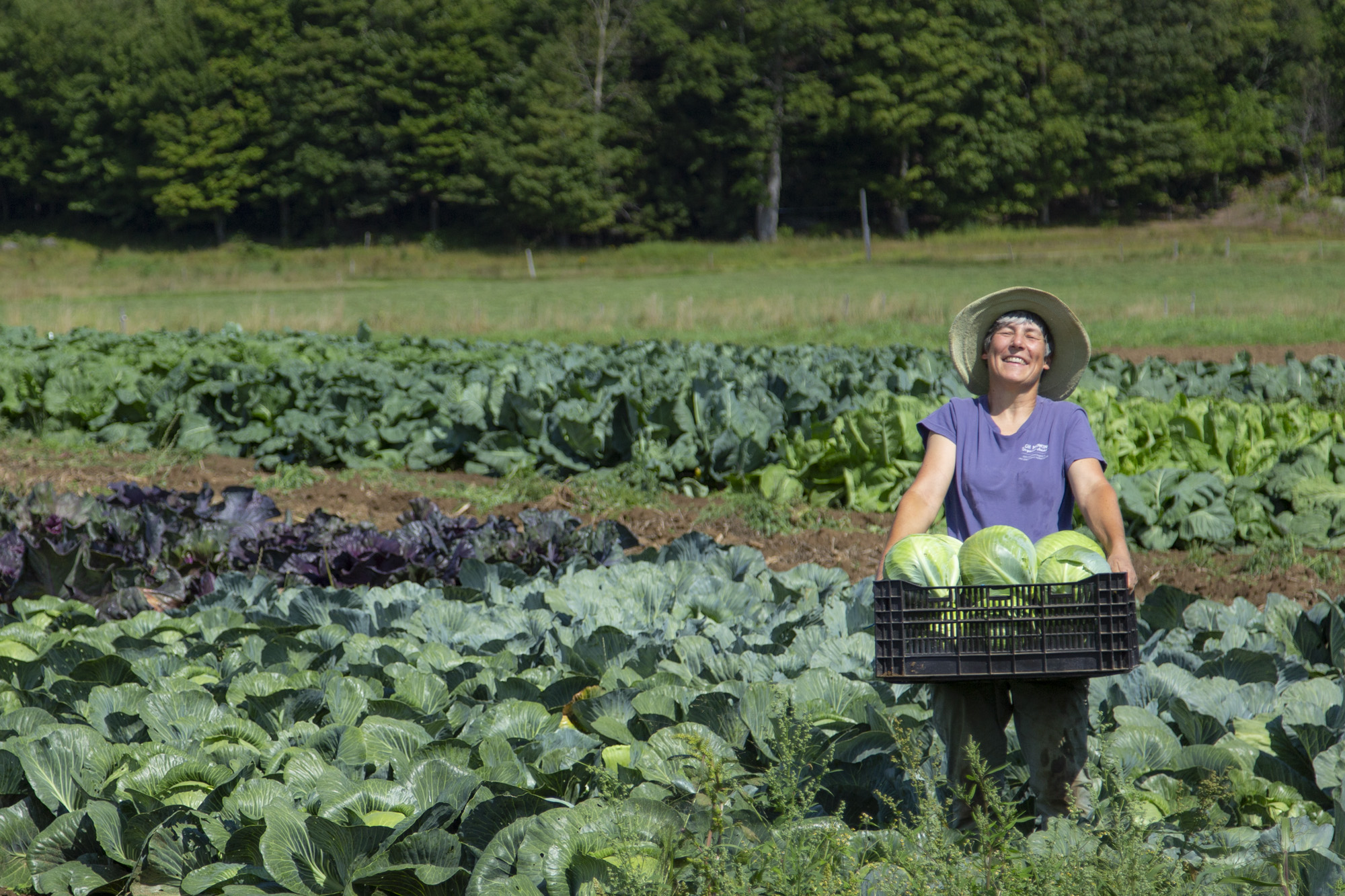 Like broccoli, cabbage can be transplanted outdoors 2-3 weeks before the last frost date of spring. Cabbages are heavy feeders and typically take between 60 to over 100 days to reach maturity. Planting certain varieties close together can result in a quicker maturity and smaller, more manageable heads at harvest. 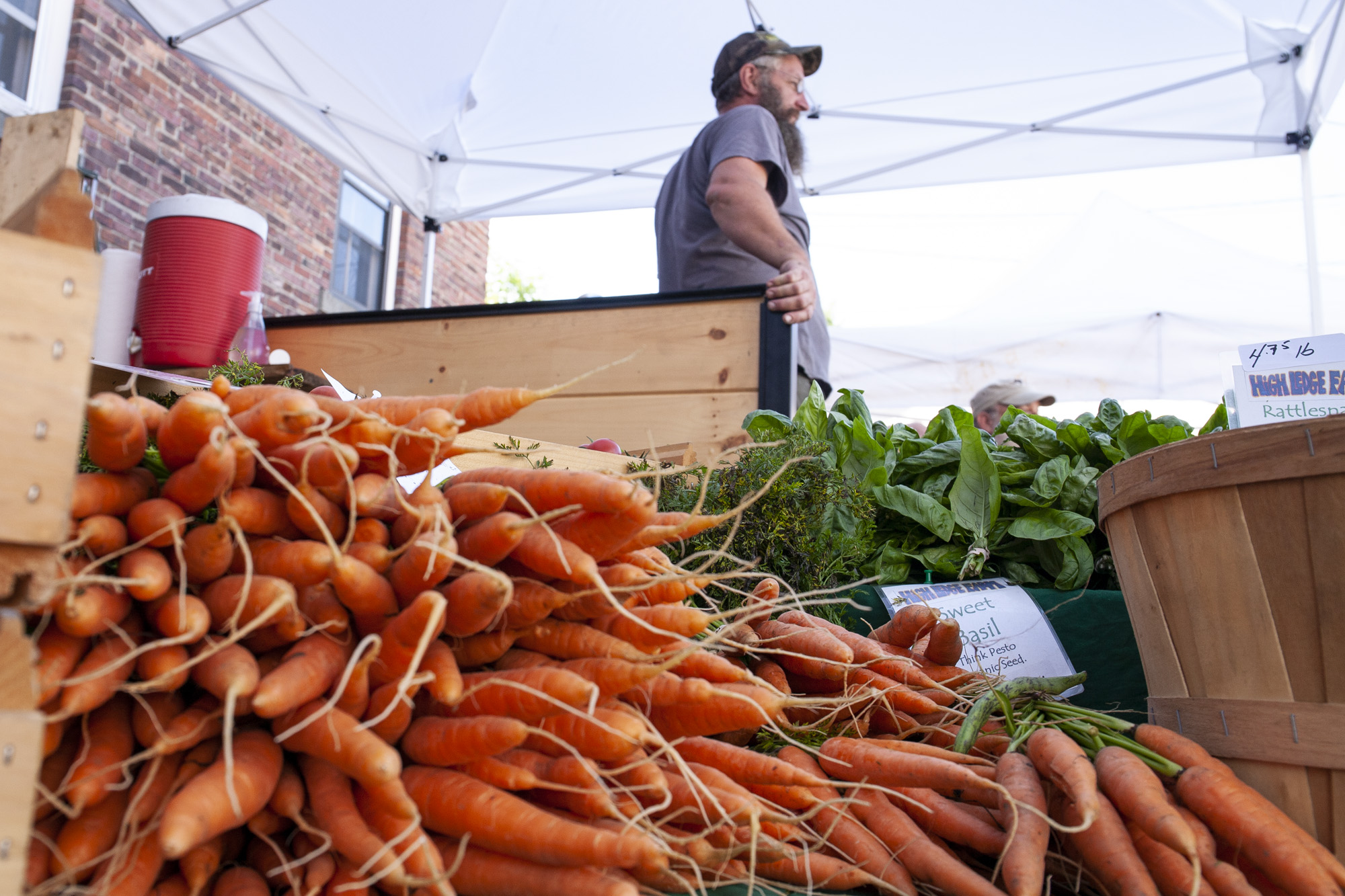 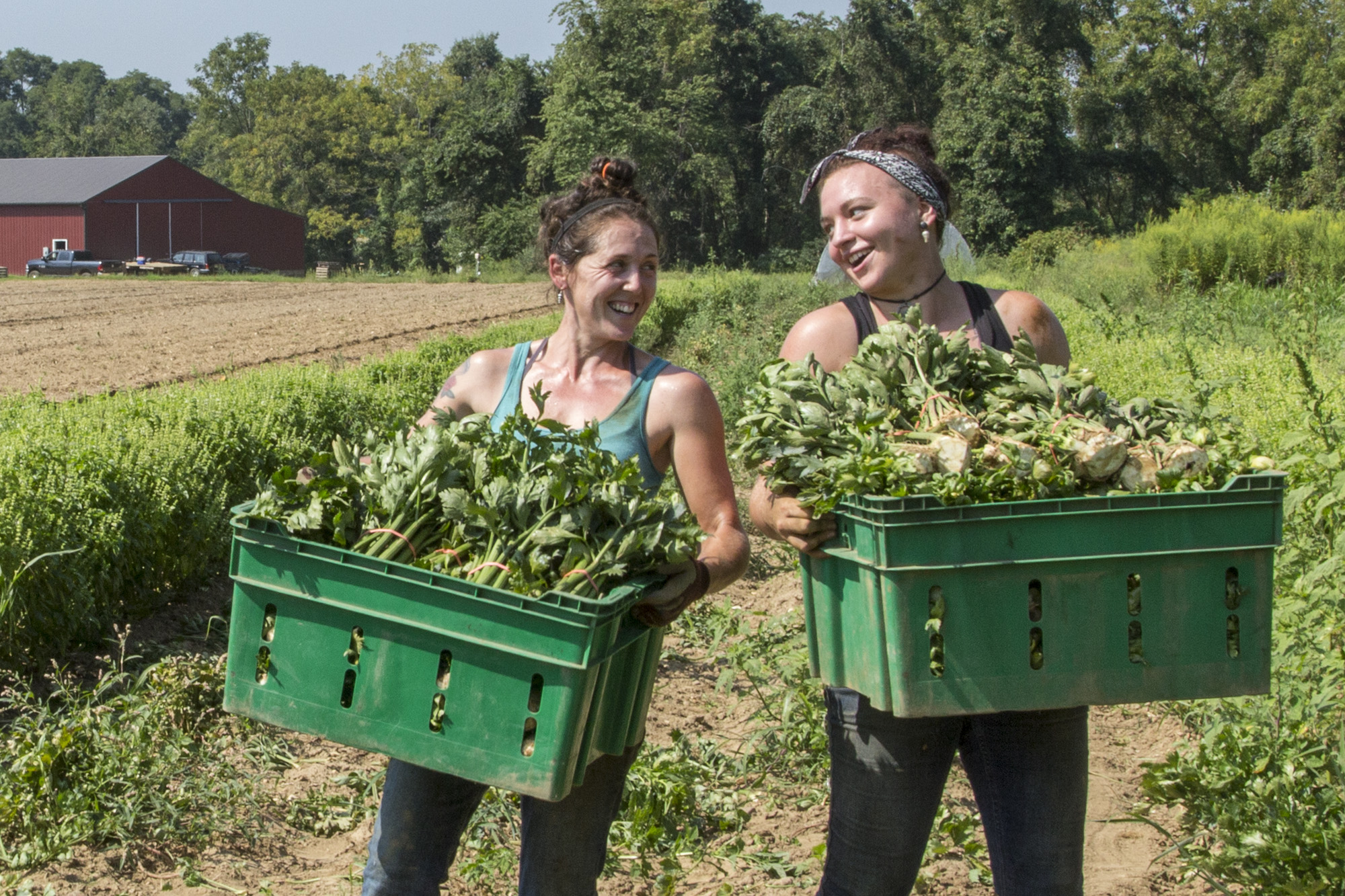 Celery and celeriac are most commonly grown as transplants indoors and planted in the garden 2-3 weeks before the final frost date of your region. Celery and celeriac grow best in regions where there are at least 4 months of cool weather. Keeping celery and celeriac well watered throughout their life cycle ensures healthy plant development. 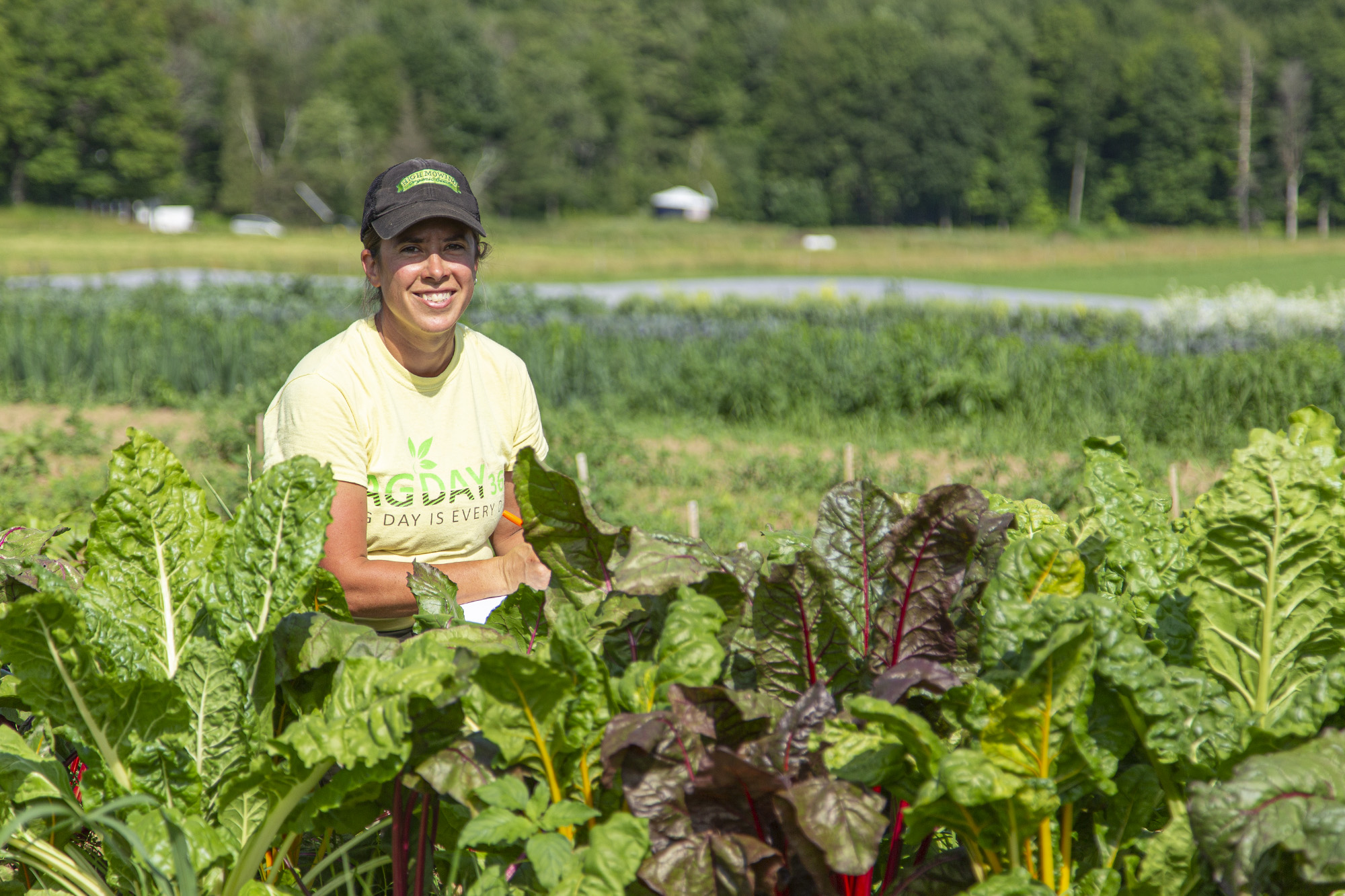 Chard grows prolifically during the cool temperatures of spring and fall. Chard can be planted 2-4 inches apart to create a continuous row. While chard thrives in cooler temperatures, the heat of summer can be tolerated and, while chard may slow down, it will continually produce during hot weather. 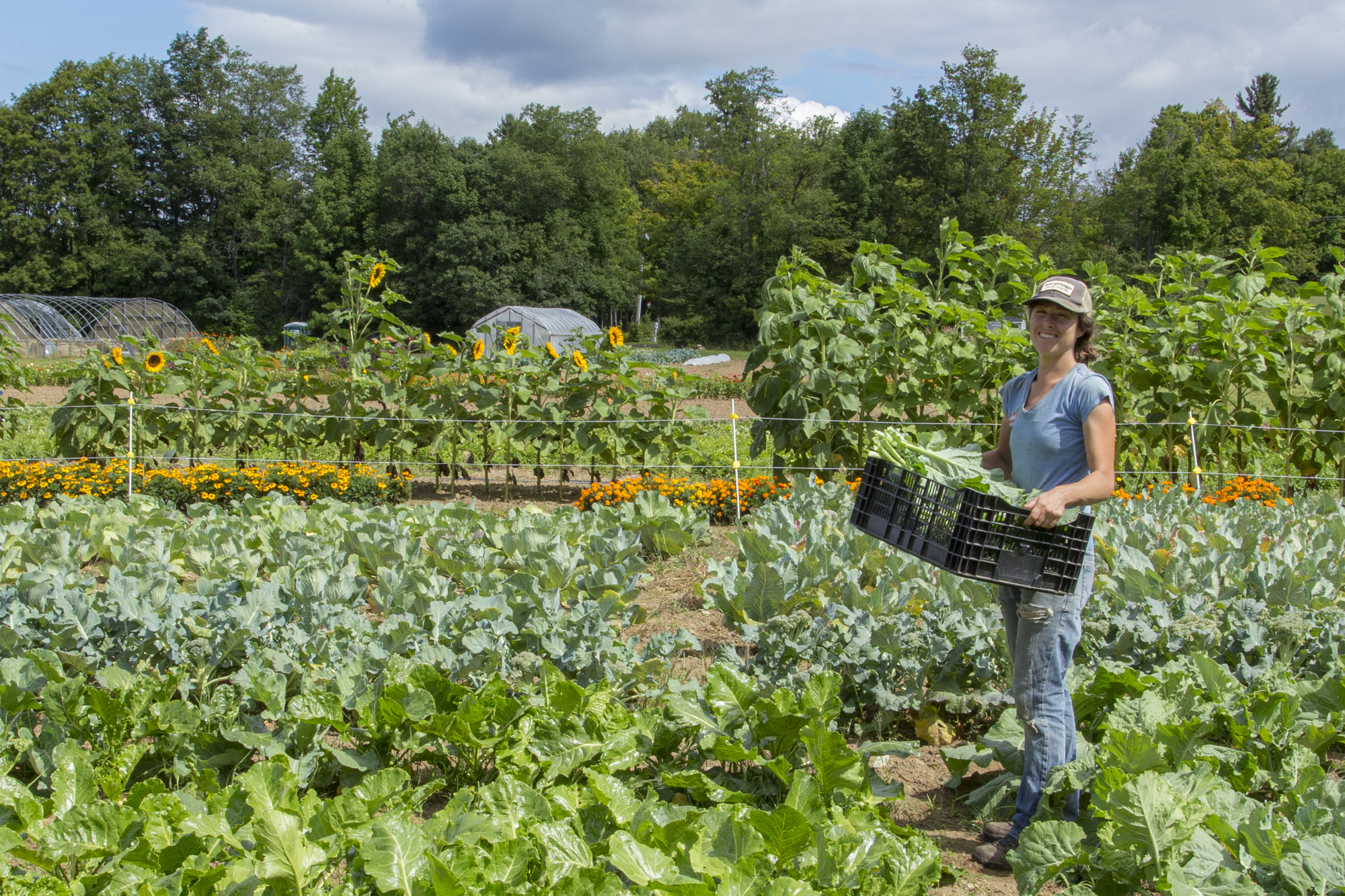 While collards are usually considered a southern crop, they can thrive in most all regions of North America with a similar growth habit of their close relative, kale. Planting collards 2-3 weeks before the last spring frost date ensures healthy establishment of the plants. Ample watering as the temperatures increase will stave off bolting. 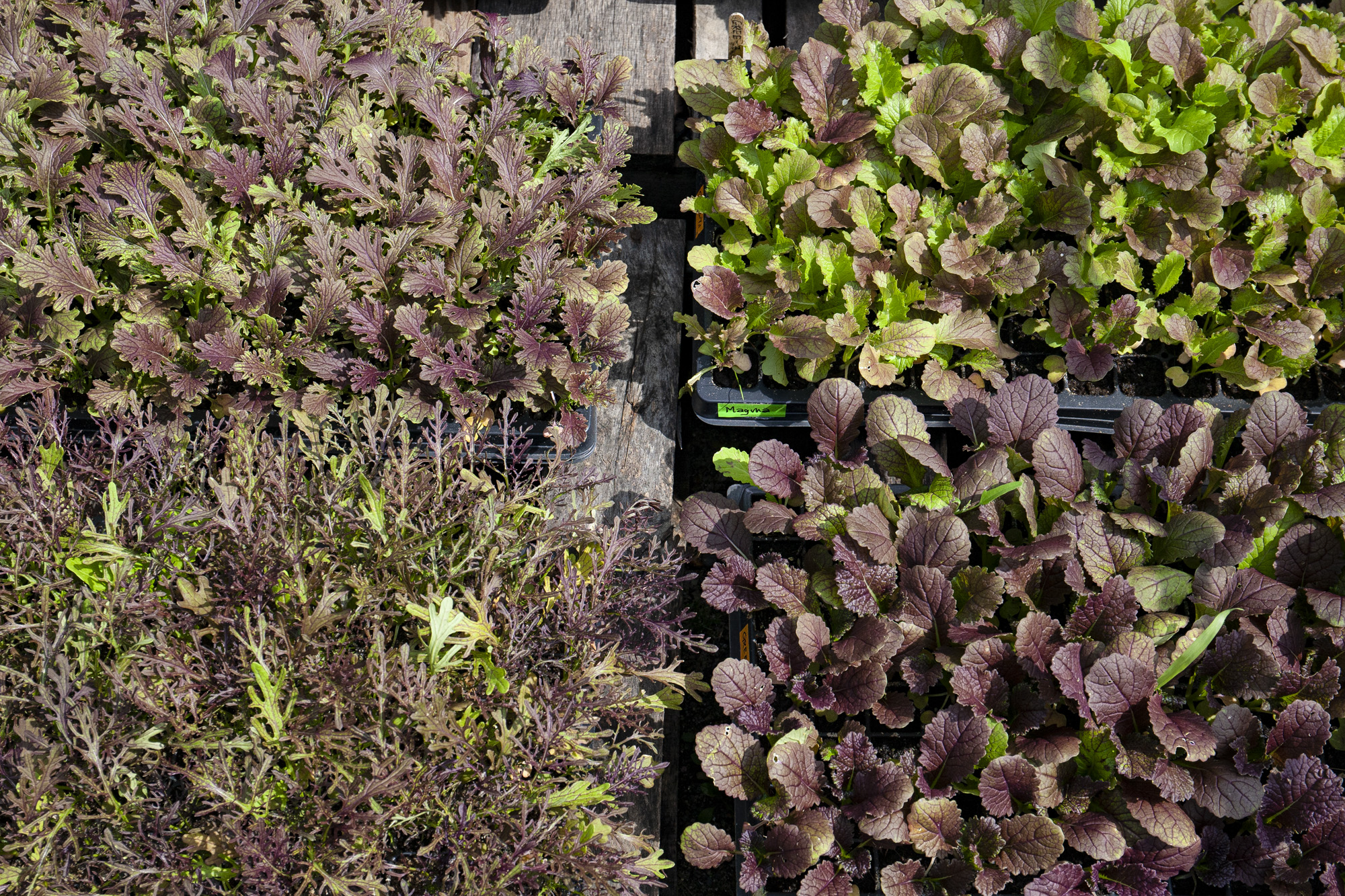 Greens and greens mixes planted early in spring will be sweet and tender. Greens mixes are a great way to enjoy a diversity of colors, textures, and flavors with easy 'cut and come again' harvesting. Greens are often planted in successions for a steady harvest over the season with the first planting just before the last frost of spring. 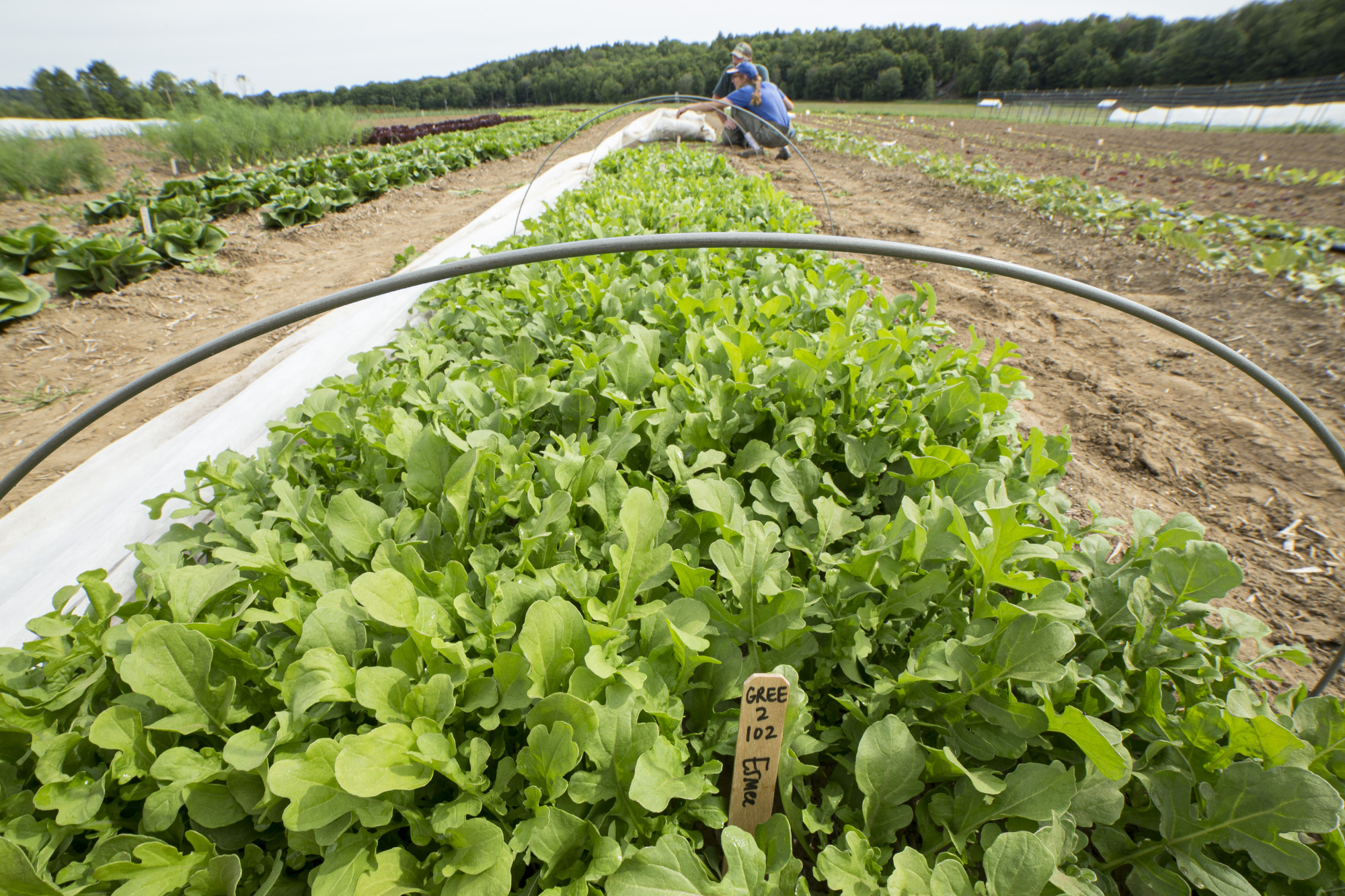 Arugula is a semi-hardy green that can be direct seeded around the date of last frost in spring or just before if covered with row cover. Arugula tolerates many soil types and weather conditions with a spicier flavor as the heat increases during summer. 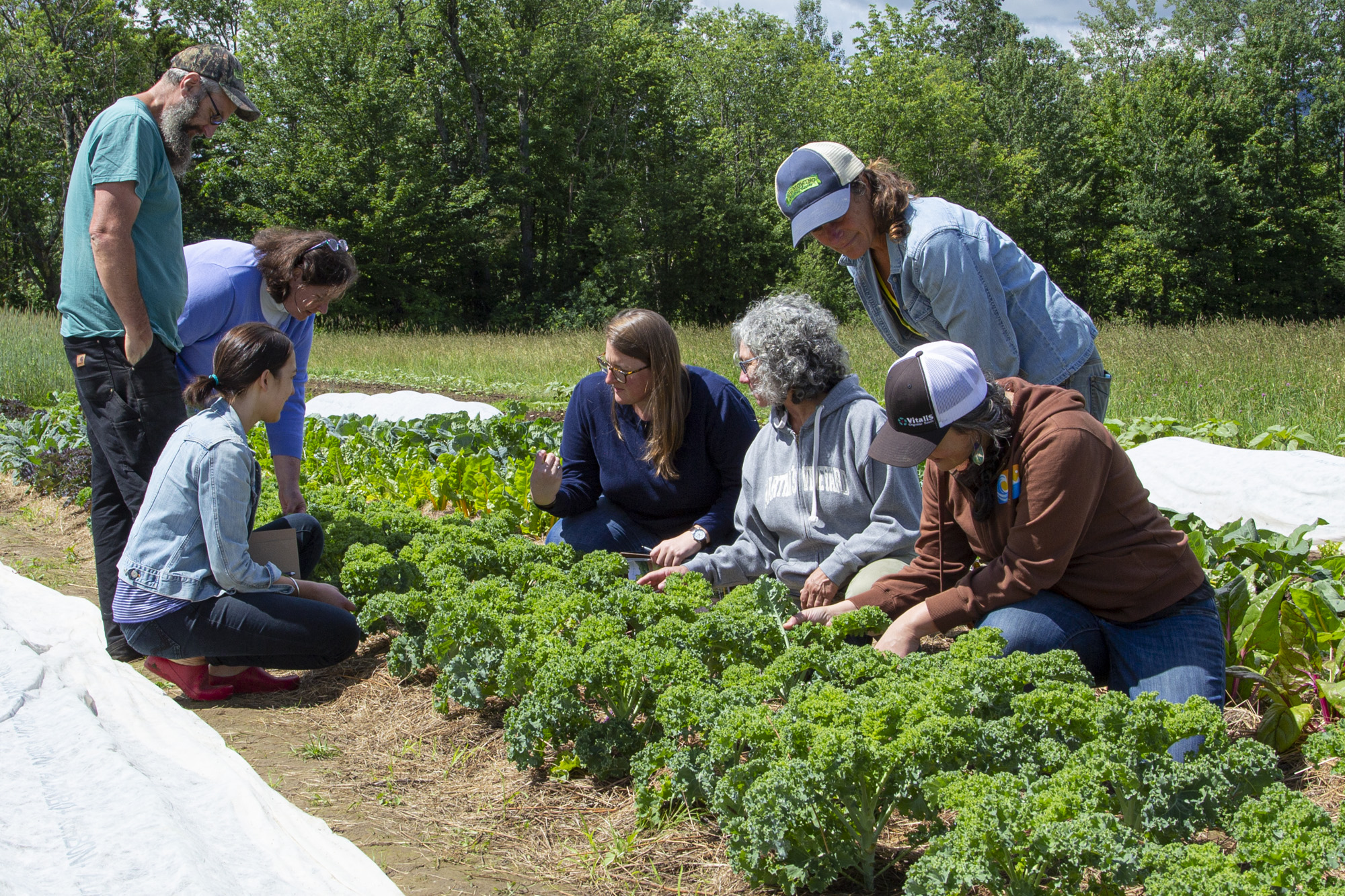 Kale is a hardy green that can be transplanted or direct seeded around 2-3 weeks before the last frost of spring. Baby kale tolerates light frosts and is sweetest during cooler months. Kale can be harvested as a cut green or can be bunched at full maturity. 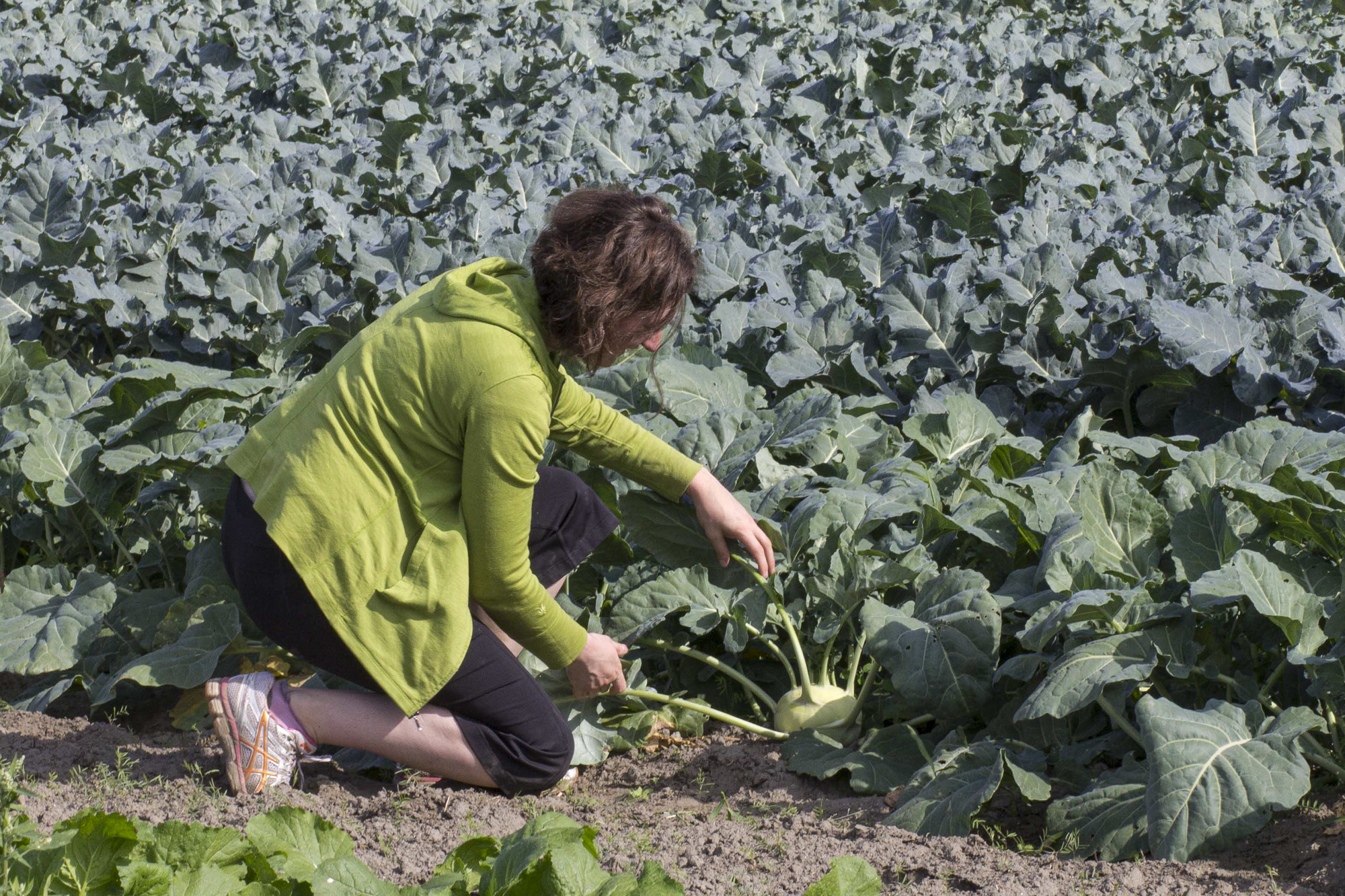 Kohlrabi is a cool weather loving plant performing best in temperatures that remain below 75 degrees. This means that getting the kohlrabi in the ground 2-3 weeks before last frost gives it enough time to reach maturity before the heat of summer. Kohlrabi will, however, tolerate summer weather and can be grown in successions through the season in more northern or temperate climates. 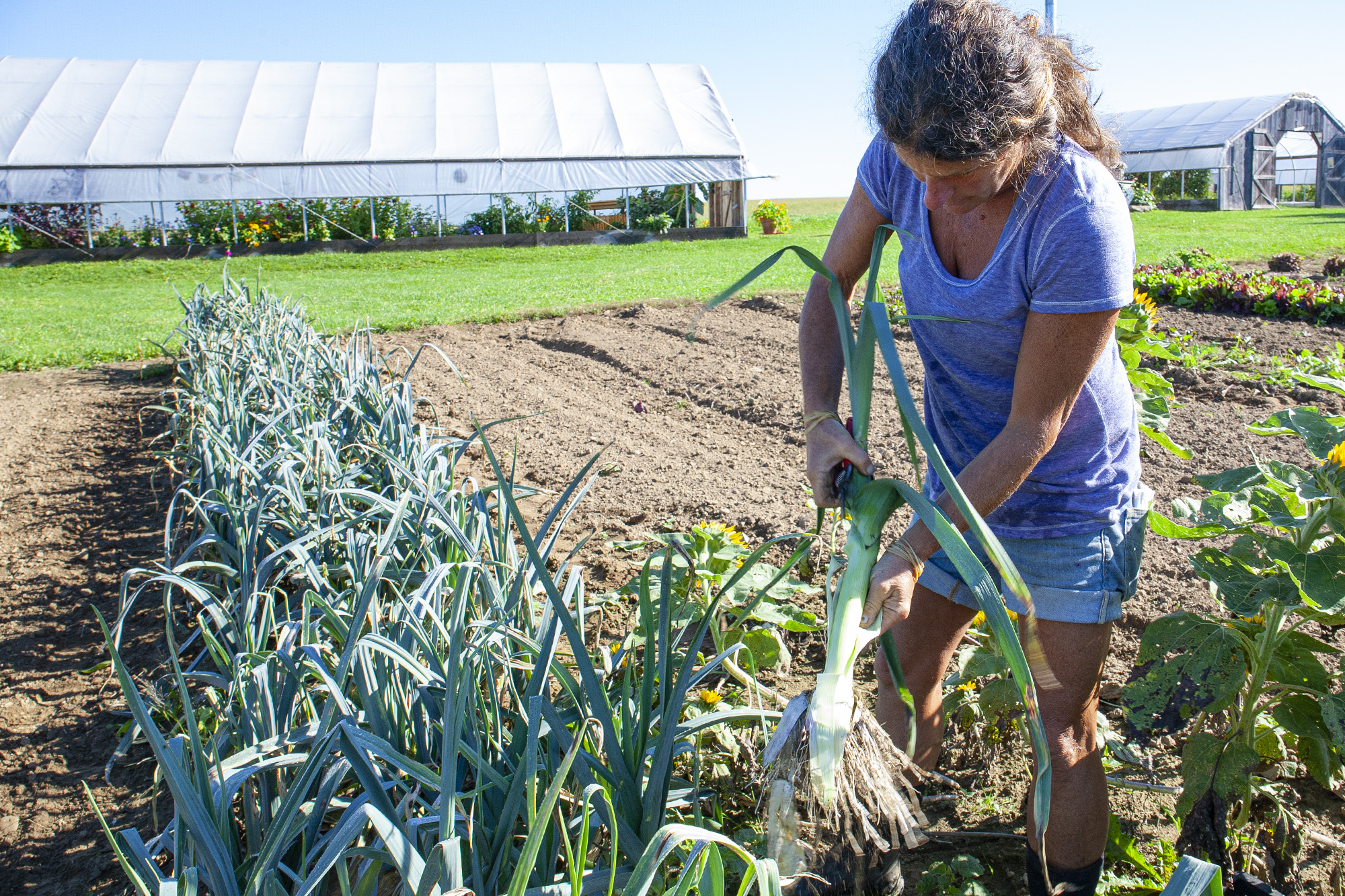 Leeks, like other alliums, are some of the earliest crops started indoors before the season starts. Starting leeks indoors 8 - 10 weeks before the last frost date will give you a jump-start to your season and provide you with leeks that are ready to harvest in summer. 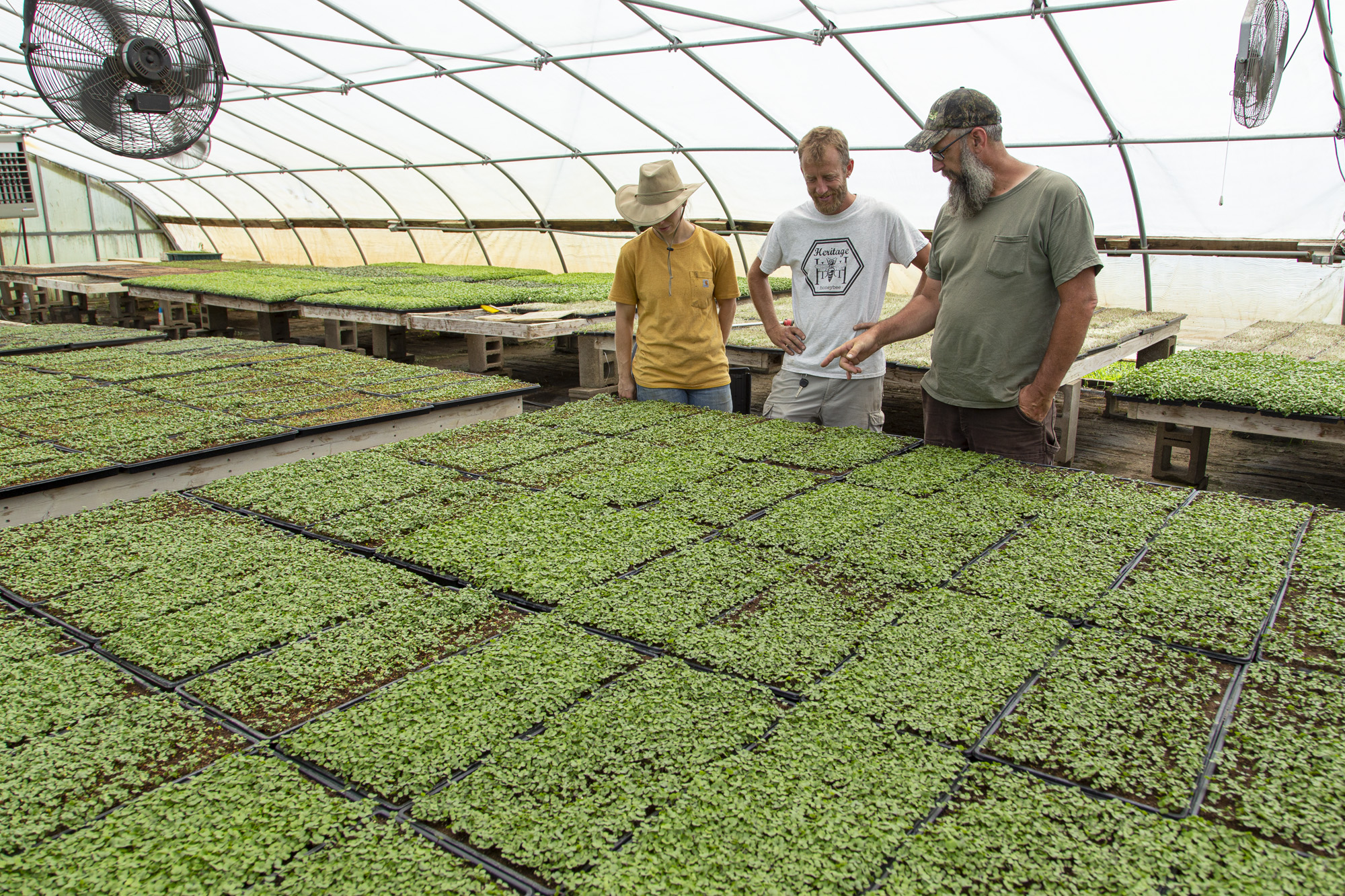 Microgreens, Sprouts and Shoots are a great season starter as the late frosts of early spring will not impact their growth. When grown indoors or in a greenhouse, microgreens, shoots, and sprouts can add a little green to an early farmers market table or dinner plate while the rest of the garden is just starting to take root. 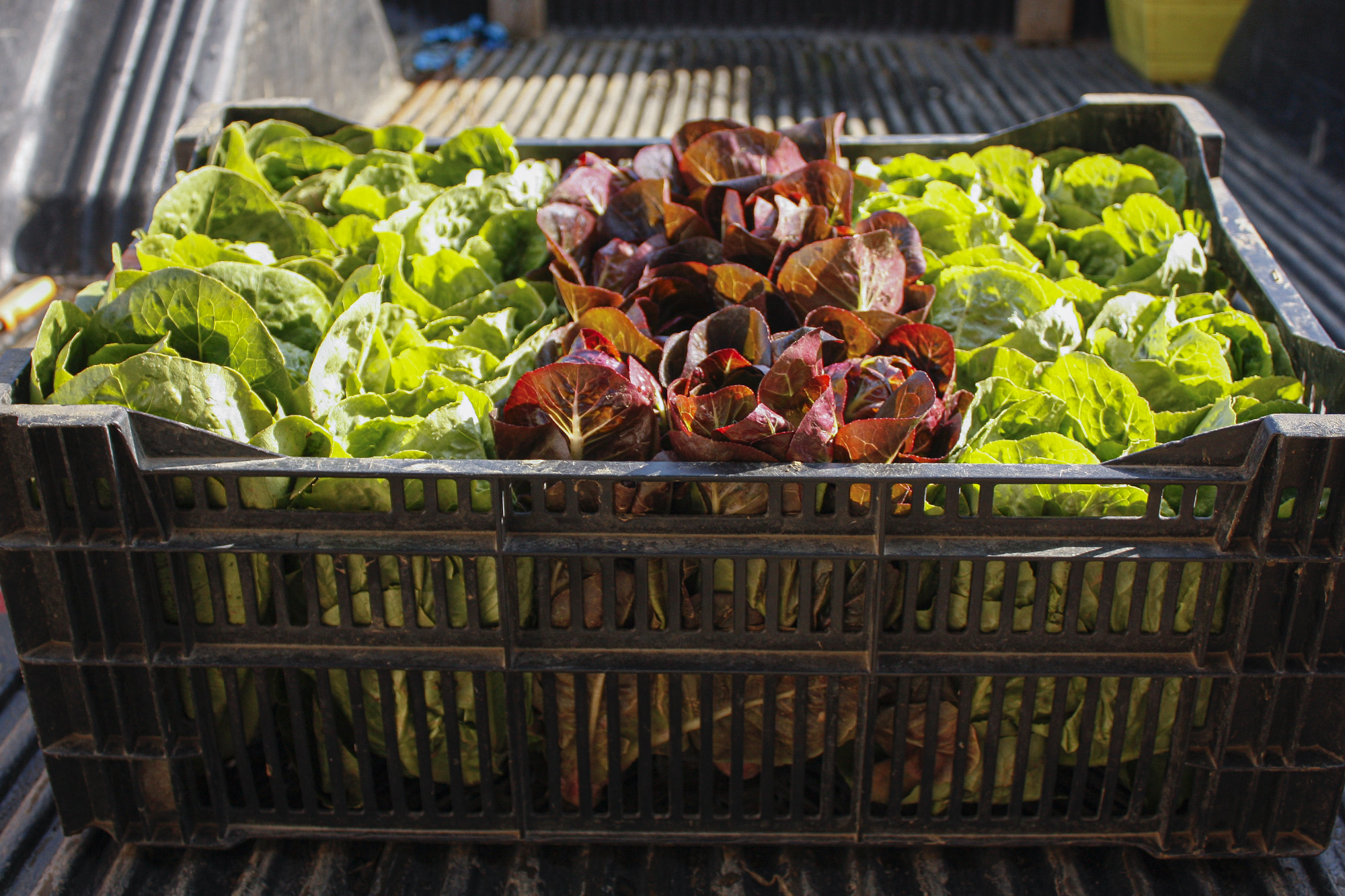 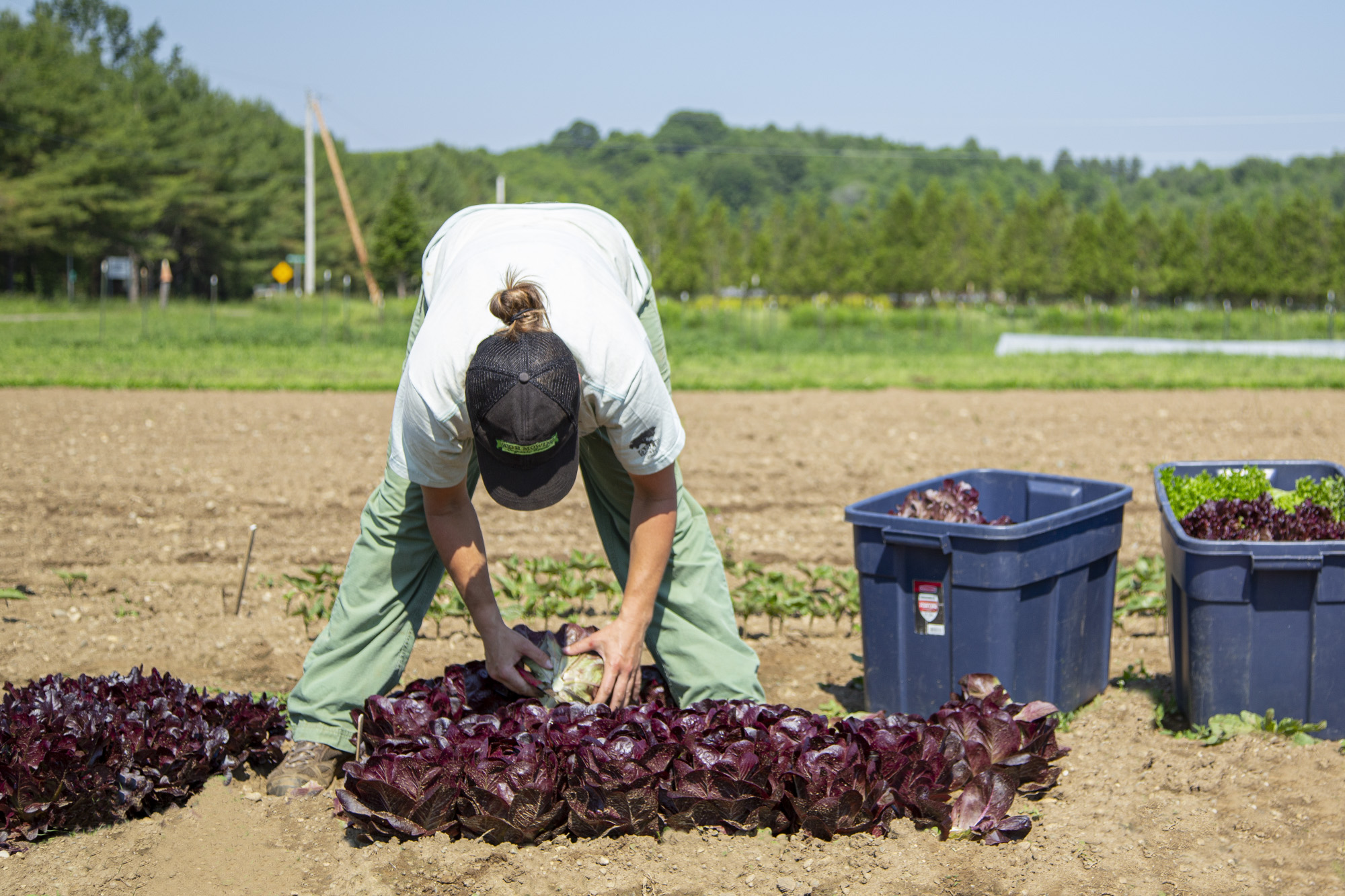 Direct seeded lettuce can be sown 2-3 weeks before your average frost free date in spring. Eazyleaf lettuces are perfect for making easy, hassle free lettuce mixes of your own while some of our pre-mixed lettuce blends offer thoughtfully selected varieties and ratios that contribute to unmatched beauty and flavor. 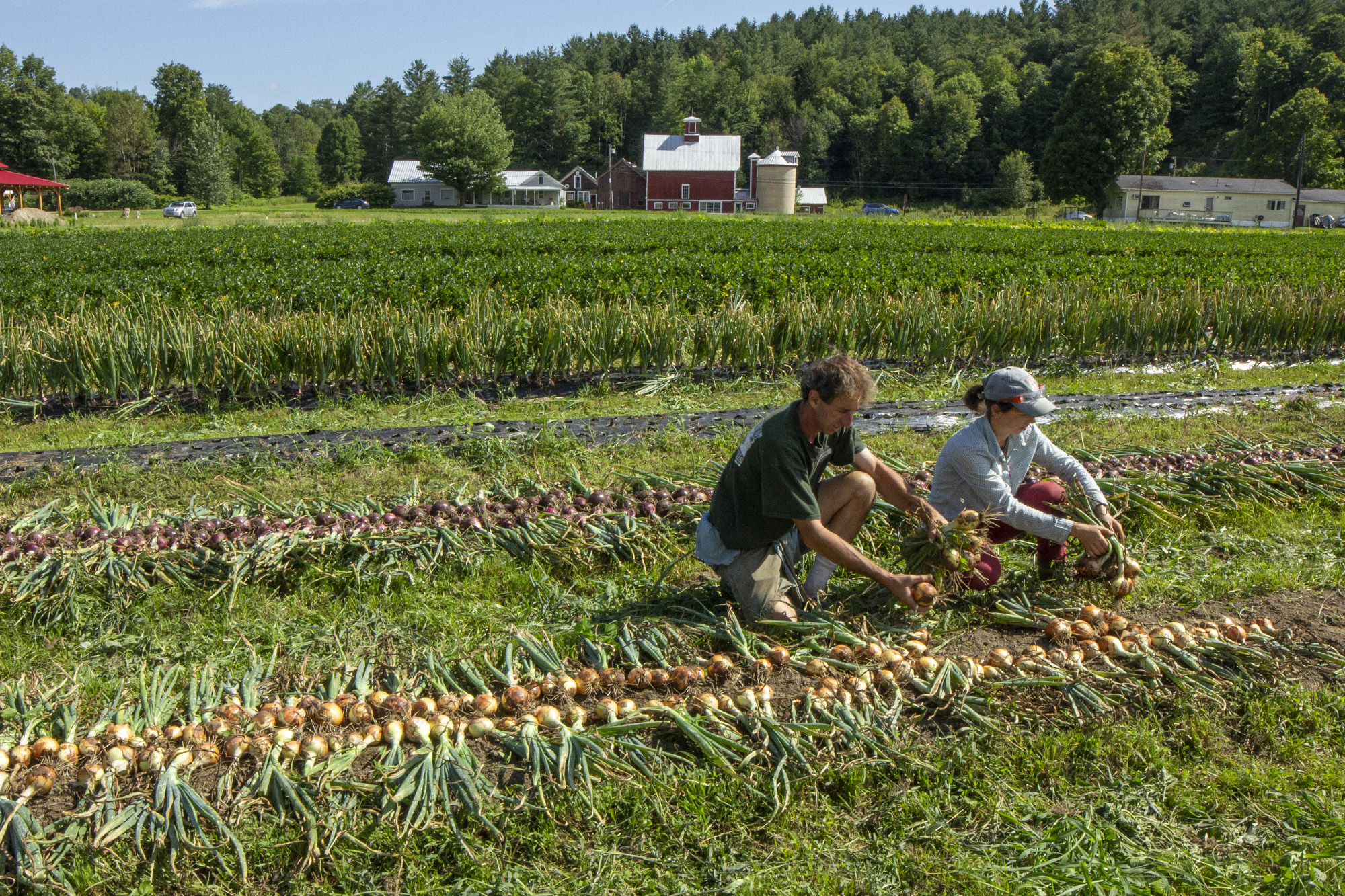 Like leeks, onions can be seeded quite early, 8-10 weeks before the last frost date of your region. Starting onions early gives them plenty of time to develop into harvest-ready bulbs in the season. Onion seedlings can be trimmed before transplanting to stimulate healthy root growth. 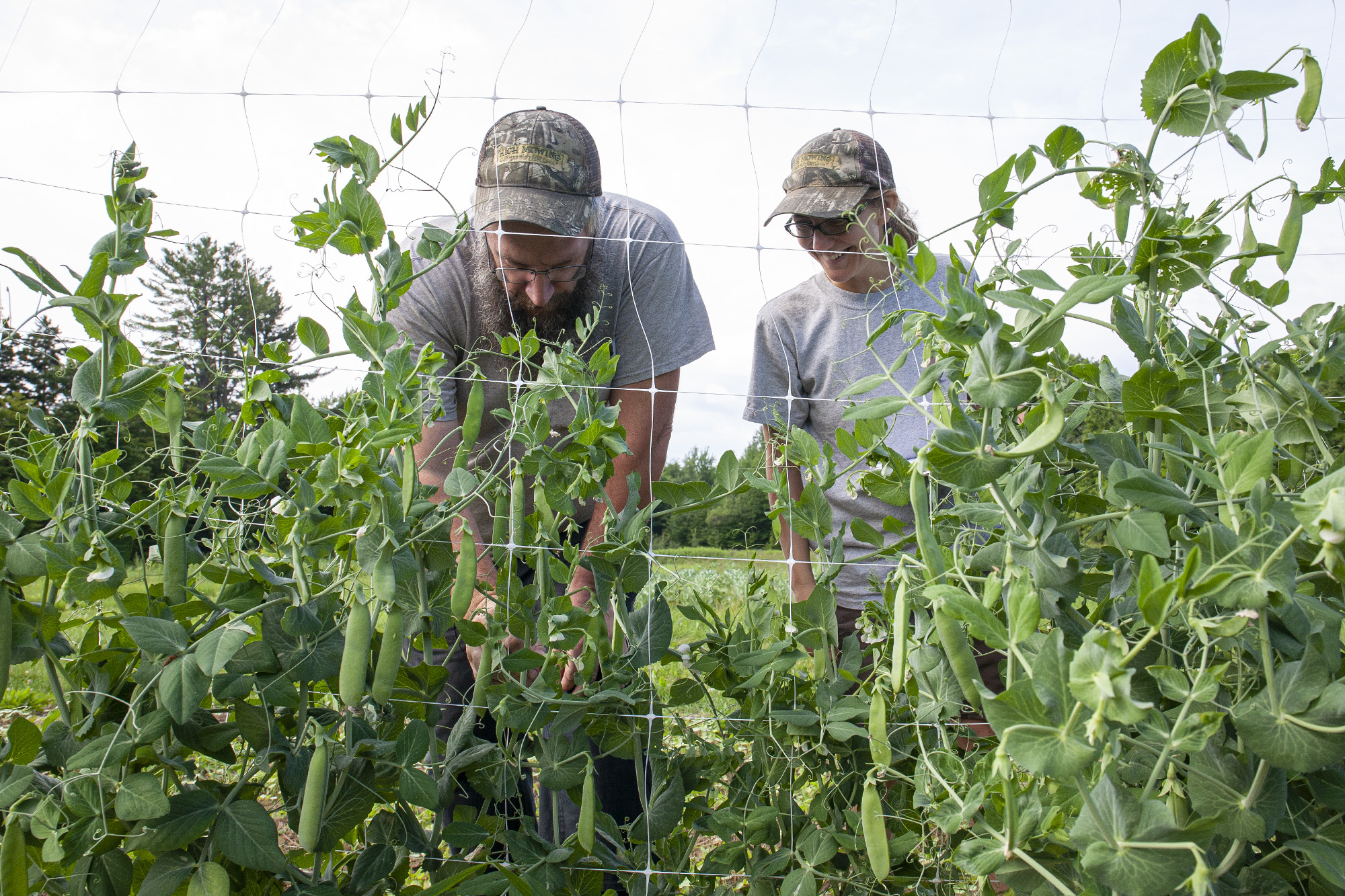 Peas can be direct seeded into soil 4-6 weeks before the last spring frost date. Peas are a cool weather loving crop and germinate best in soils that hover around 45 degrees. While peas love cooler temperatures, they can rot in soil that is both too cold and overly saturated. Well drained soils and soils that have been allowed the time in spring to dry will give peas the best chance at healthy germination. 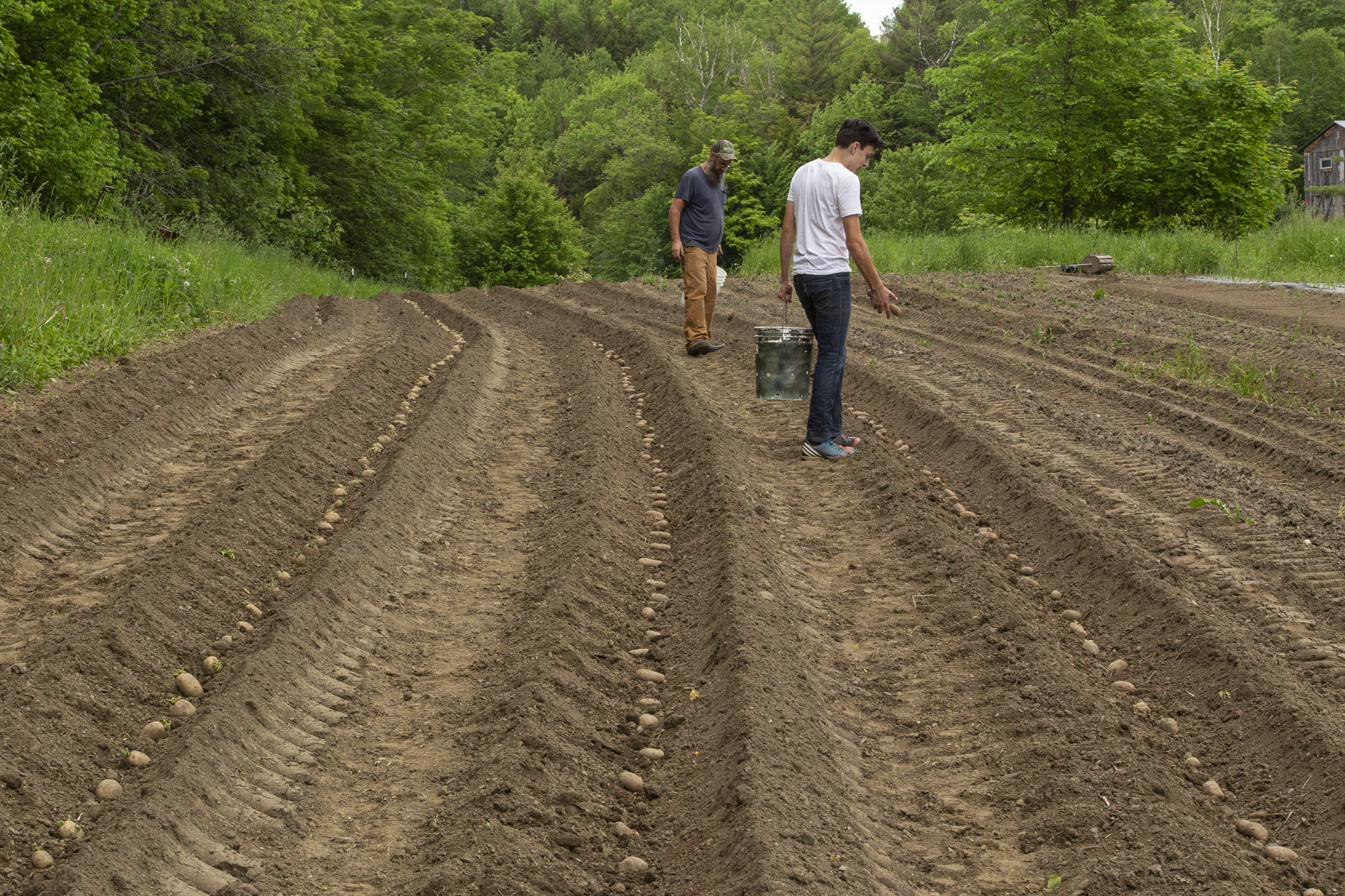 Just like peas, potatoes prefer soil temperatures around 45 degrees to germinate. Getting them in the ground as soon as soil can be worked is preferred, as potato plants can handle spring frosts. Potatoes can be harvested early as new potatoes or harvested at maturity when plants have begun to die back in the summer. 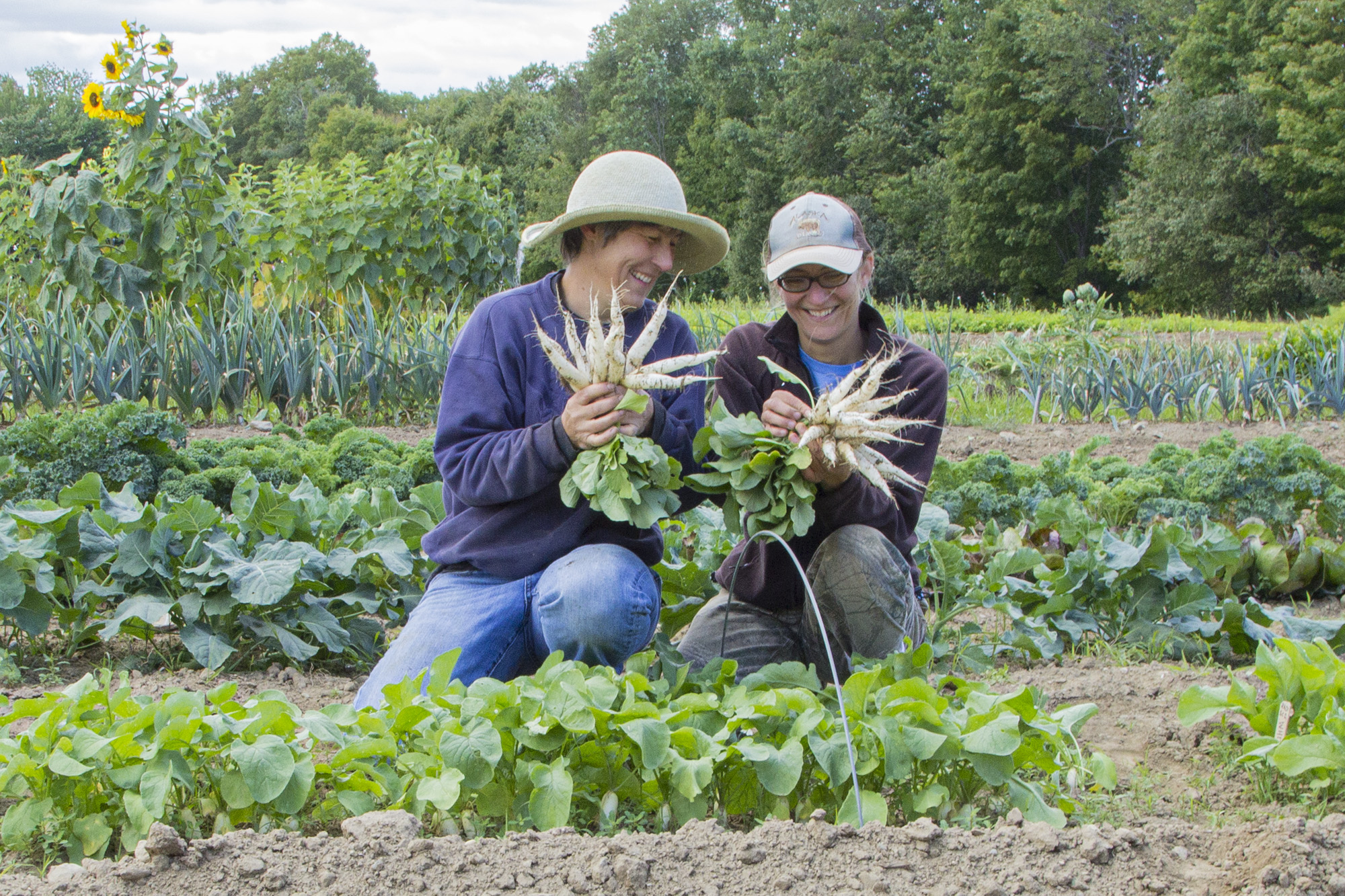 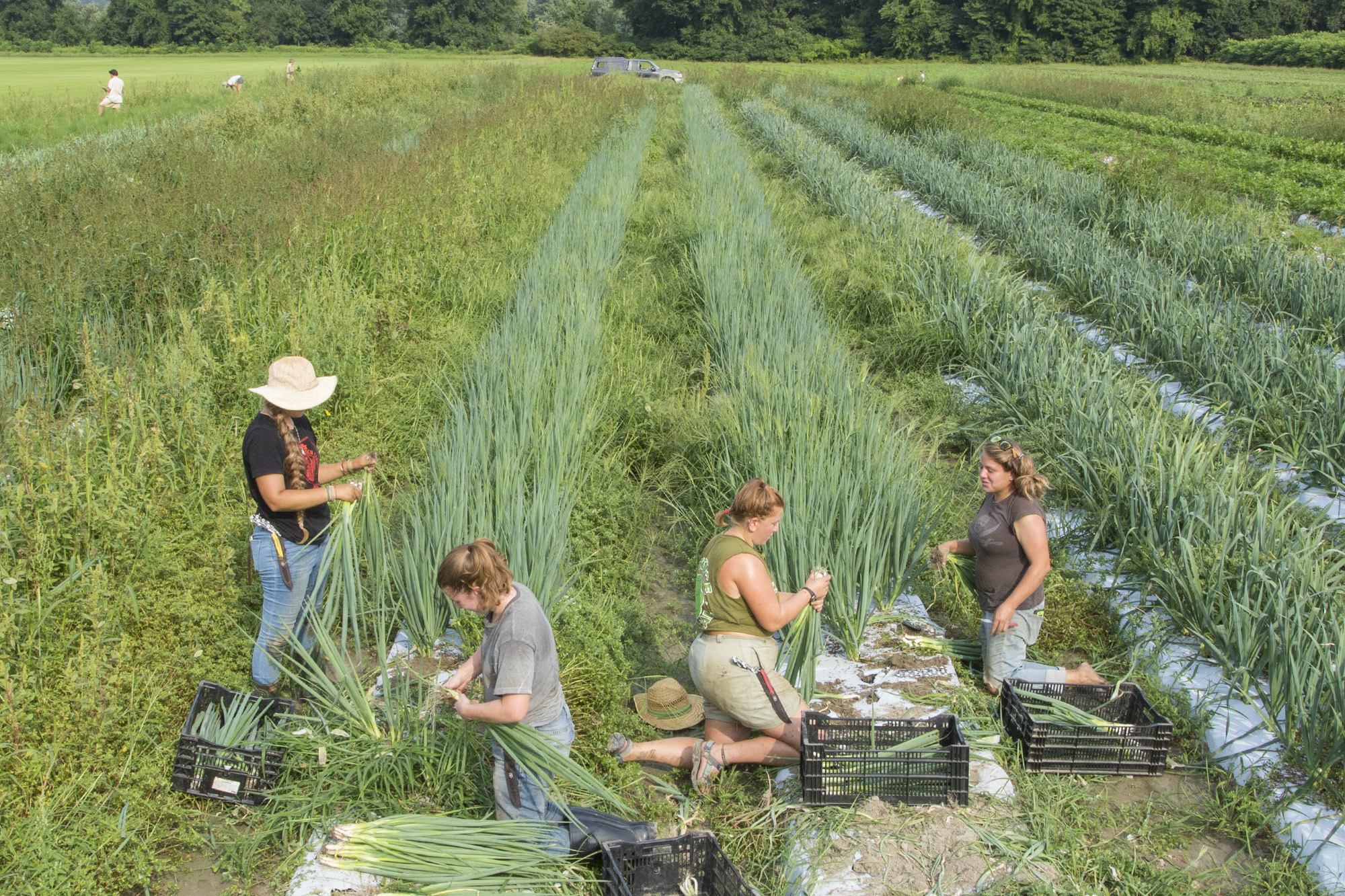 Scallions, like onions can be started indoors as early as 8-10 weeks before last frost of spring. Scallions can be grown in successions throughout the entire growing season in most climates. Scallions are an excellent companion plant as they will comfortably grow among many other crops without competition. 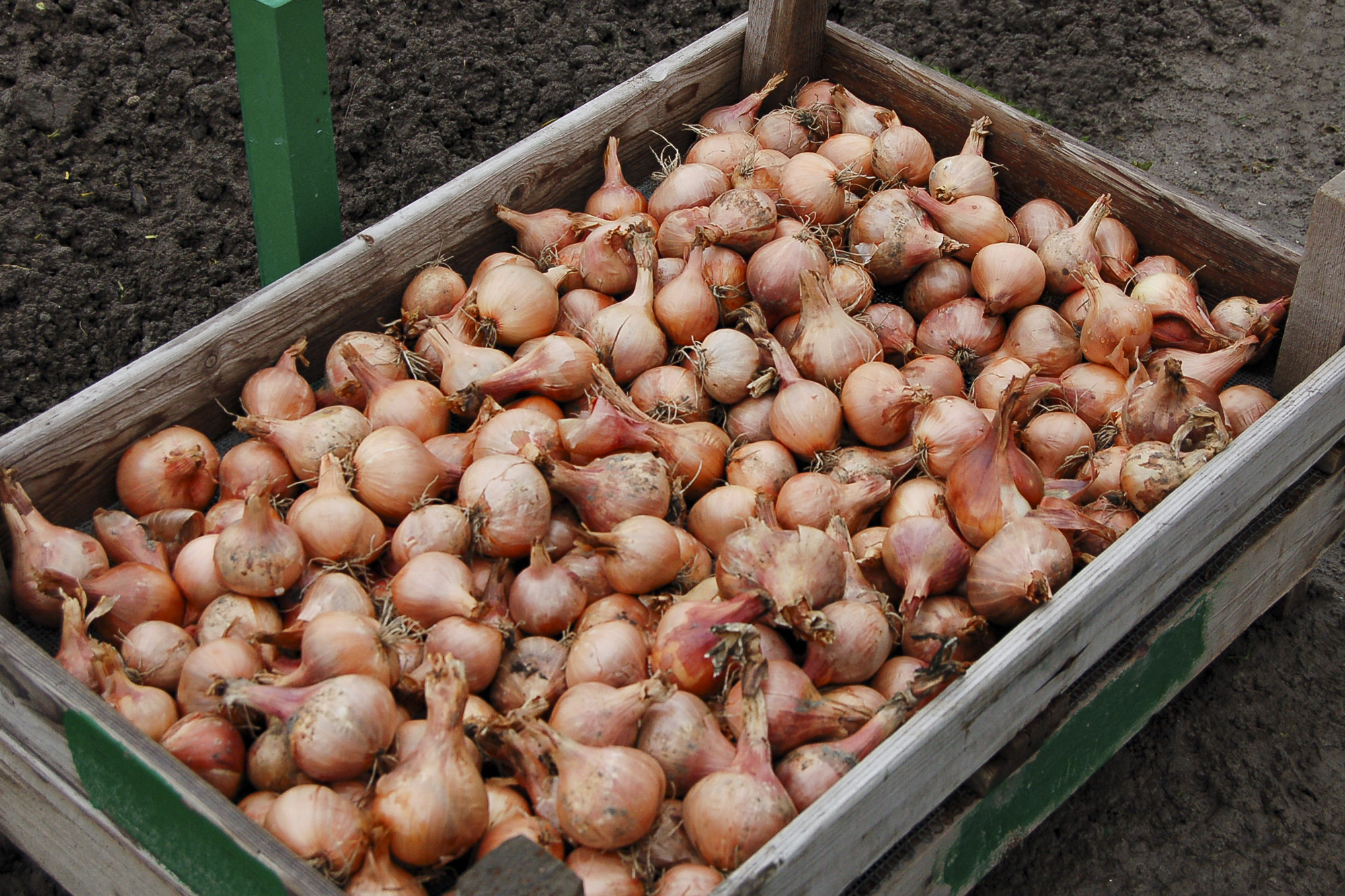 Like other alliums, shallots can be started indoors 8-10 weeks before that frost in spring. Shallots are a perennial allium with good frost tolerance but are typically grown as an annual. Harvest when tops have wilted or fallen over for good storage quality. 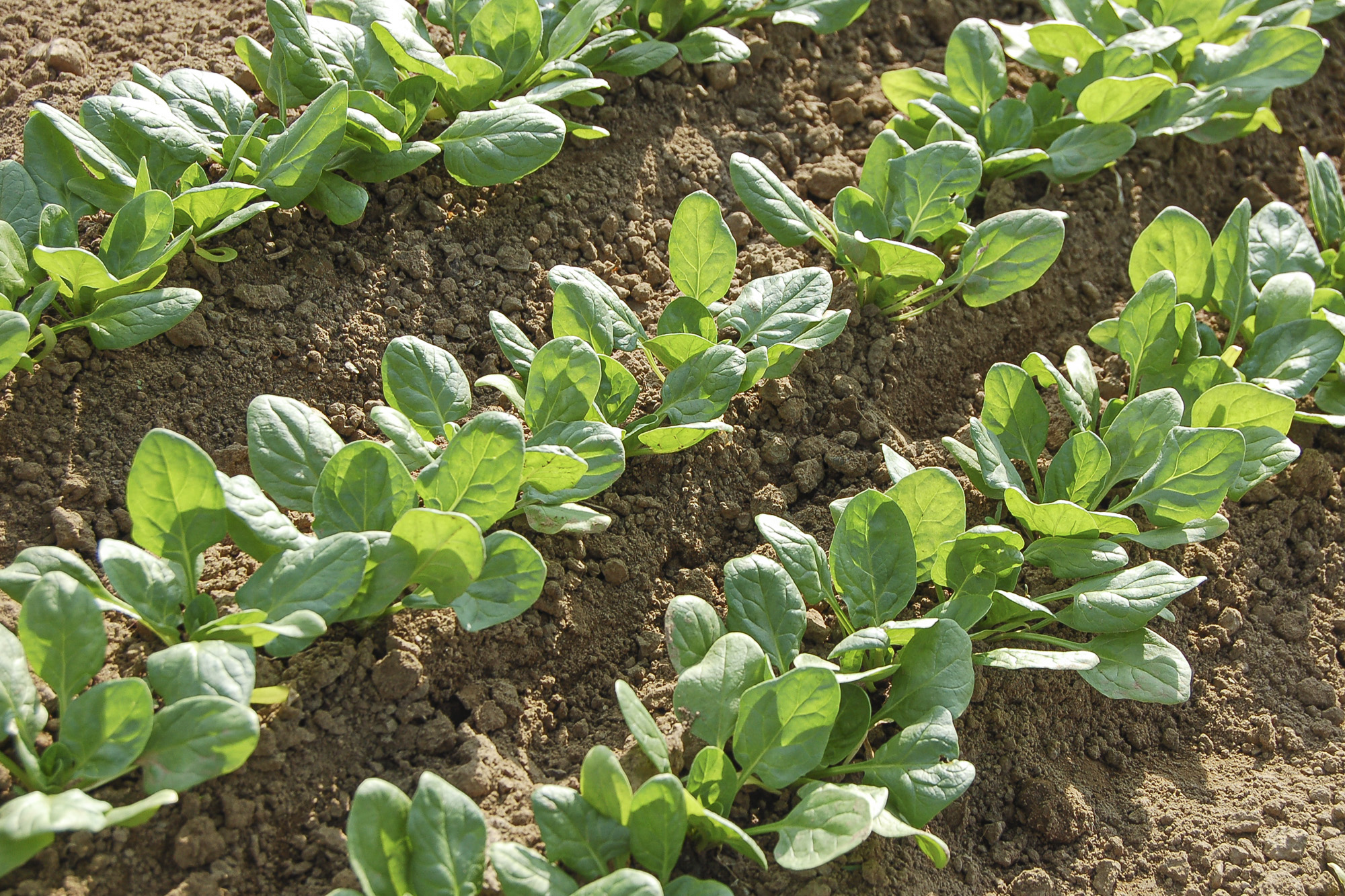 Spinach can be sown 2-3 weeks before the average lost frost date of spring in your region. Spinach should be started early as it generally thrives in the cooler weather conditions associated with early spring, fall, and even winter in more southern climates. Spinach can be under-sown below tall plants in summer in some regions for all season successions. 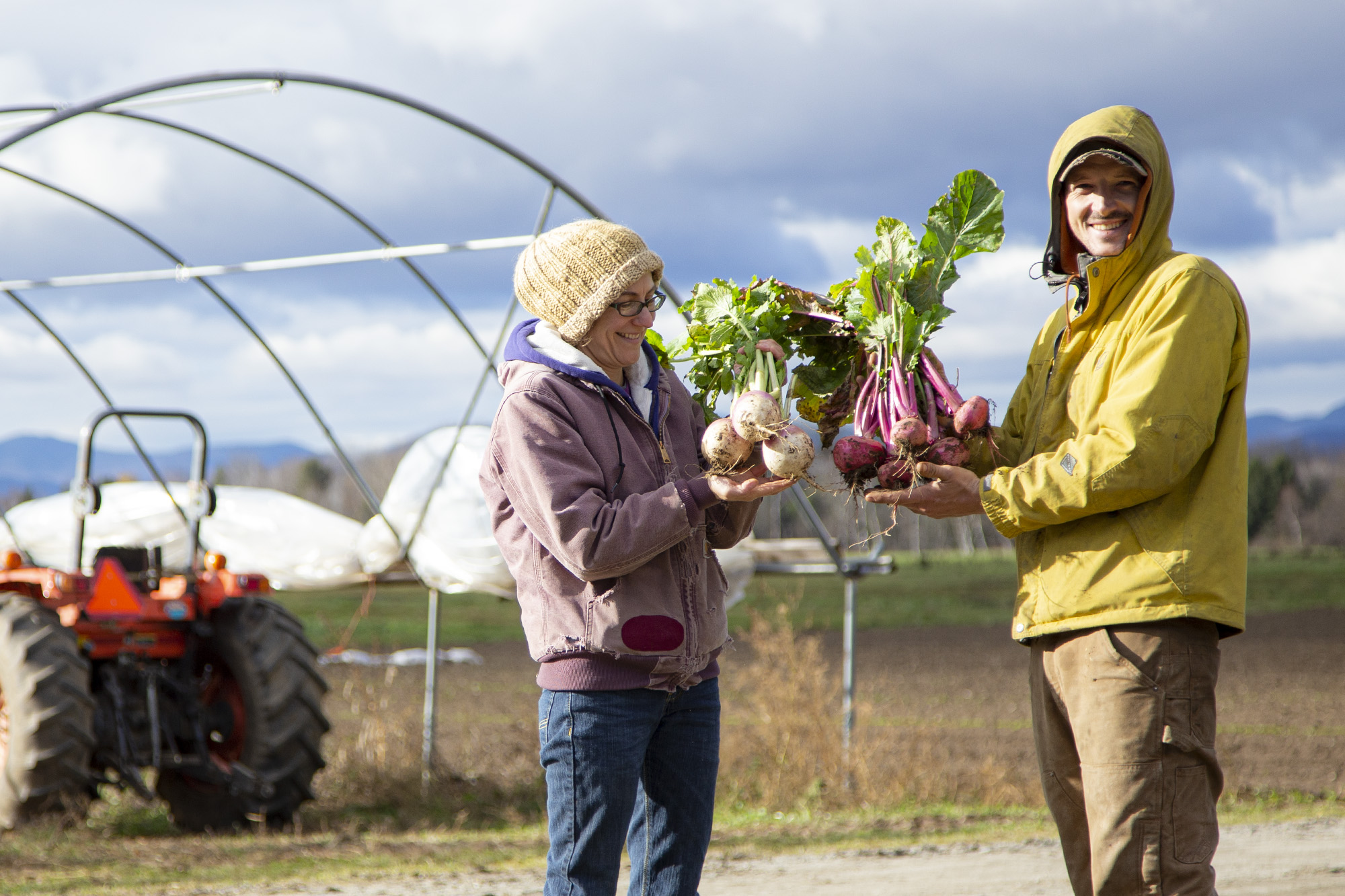 Turnips are typically direct sown 2-3 weeks before the last spring frost date. Turnips are edible at any stage and can be harvested as baby plants for their small tender roots and leaves. Turnips can be sown in successions throughout the season in northern and more temperate climates and resown in the fall. Turnips can overwinter in southern climates. 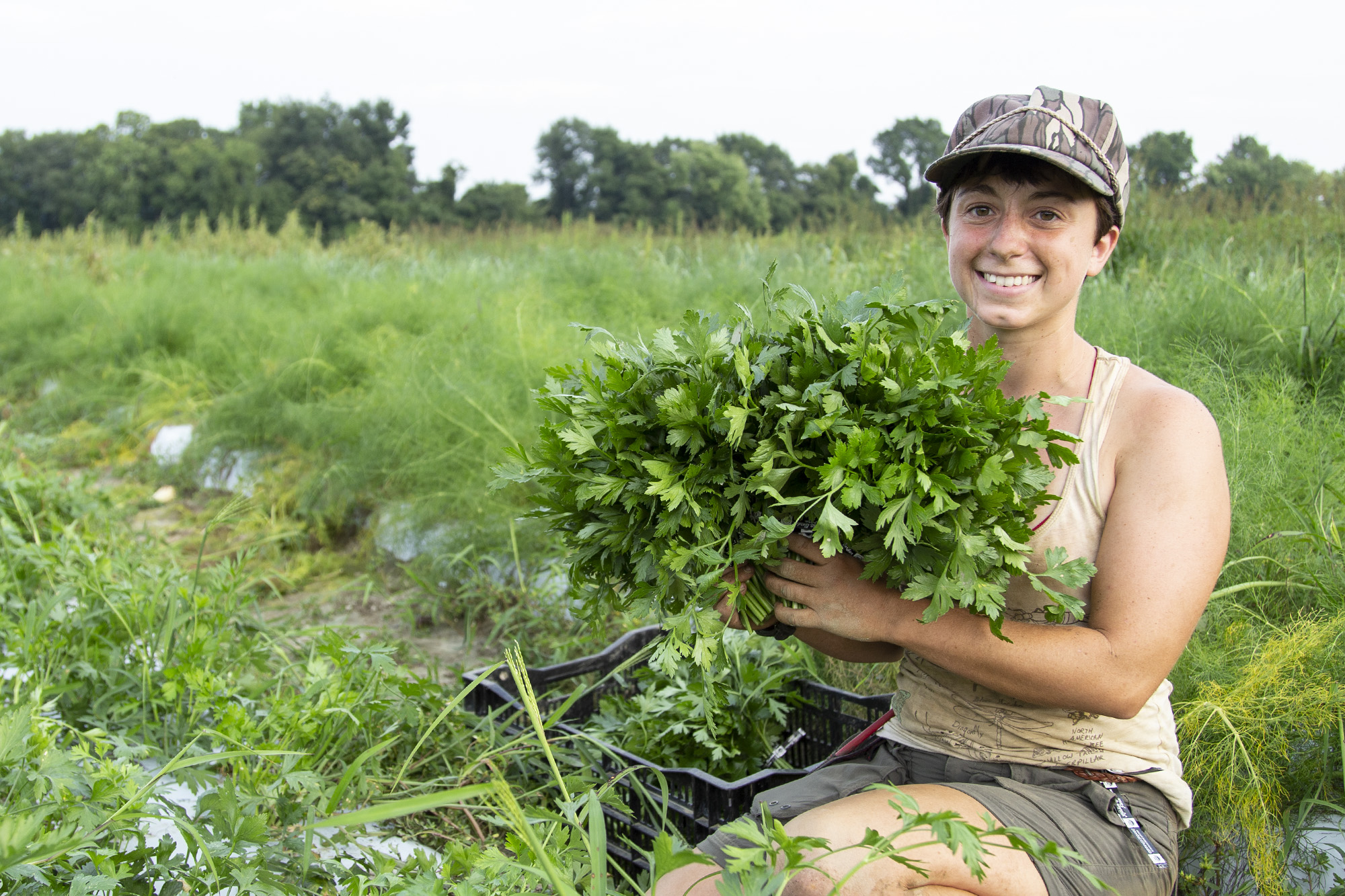 Parsley is often started indoors around 10 to 12 weeks before last frost of spring due to its slow germination rate. It can take parsley as long as 3 weeks to germinate. Consistent water and temperature can contribute to good germination. Transplants can be placed outdoors after hardening off around time of last frost date. 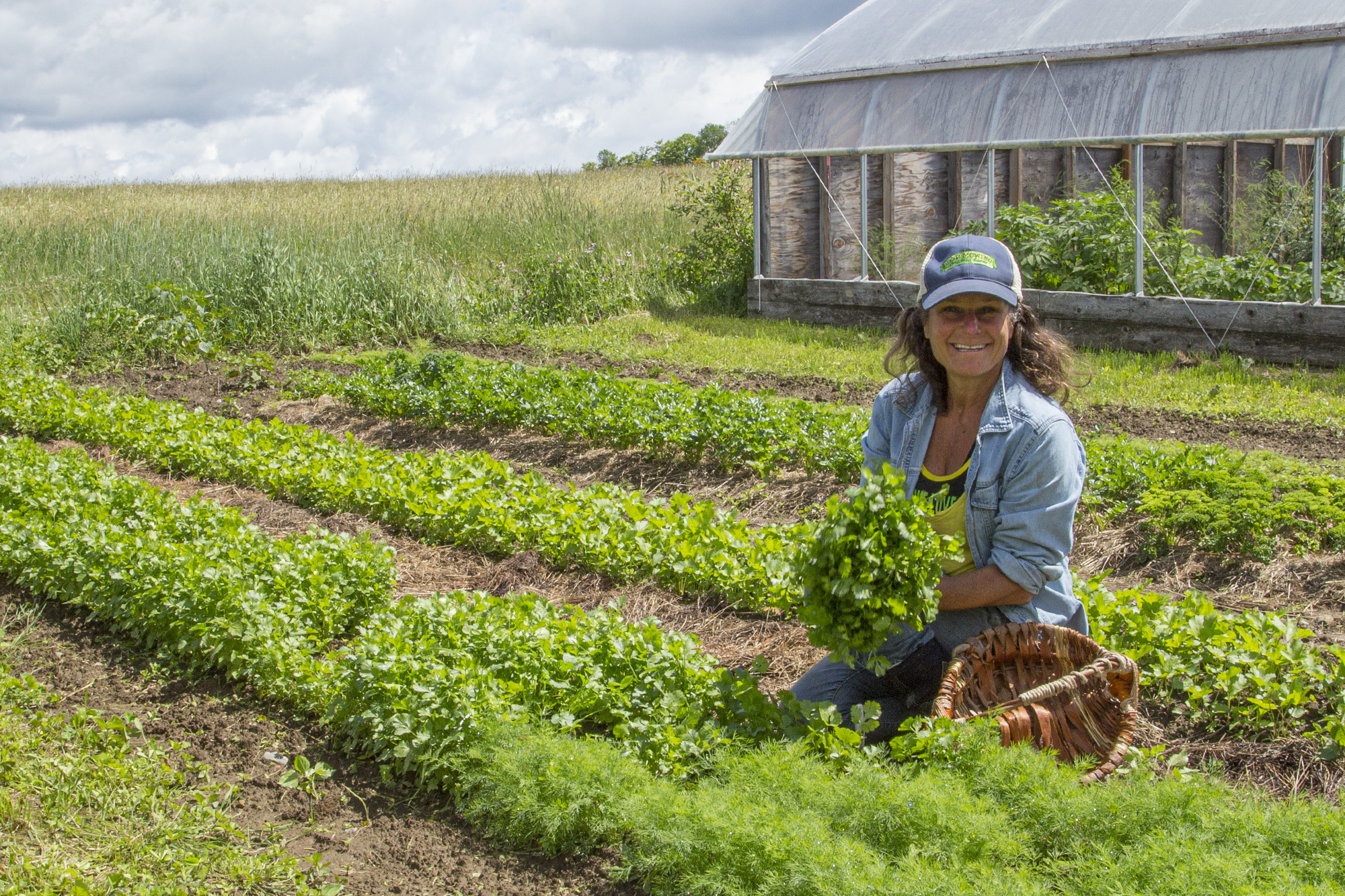 Cilantro is not frost hardy but prefers cool temperatures. Cilantro does not transplant well and should be direct seeded just after the threat of frost. Cilantro can be harvested and eaten as flowers after the plants have bolted in summer.