When we moved to VT in 1995 we knew a little about how the maple season works. For those who don’t, when the daytime temperatures rise above freezing and the nighttime temperatures fall below freezing, this gives the sign to the trees to begin the work preparing for the upcoming spring.

Sap is pumped up to the upper branches, and when that sap is captured by the thousands of sugar makers and then boiled to concentrate the natural sugars, we end up with maple syrup. Its an incredible thing when you really think about it; for thousands of years the trees engaged in this ritual taking place just below the bark of the tree. When we as people stumbled upon it we were able to take a little for ourselves, and ultimately created a new relationship with our forests. For the many small backyard sugar makers sharing this activity with their children, often this hobby can grow into a lifelong passion, and it helps to produce not only syrup for the table and friends, but our next generation of sugar makers.

In visiting with neighbors over long days tending a fire in the evaporator as the roiling sap was transforming in the pan, I heard stories from the older generations about the annual rhythm of gathering and boiling, and community that would be created around this tradition.

I would also hear of a particularly rare event when the trees not only produced sap, but in some years produced another sweet treat for the breakfast table. 2021 was one of those seasons, and I finally got to see it.

In years when there is no January thaw, the temperatures quickly elevate into the 60s in early March, and we have a heavy rain, the conditions are right for a bloom of Dulcis sacrificiaque. 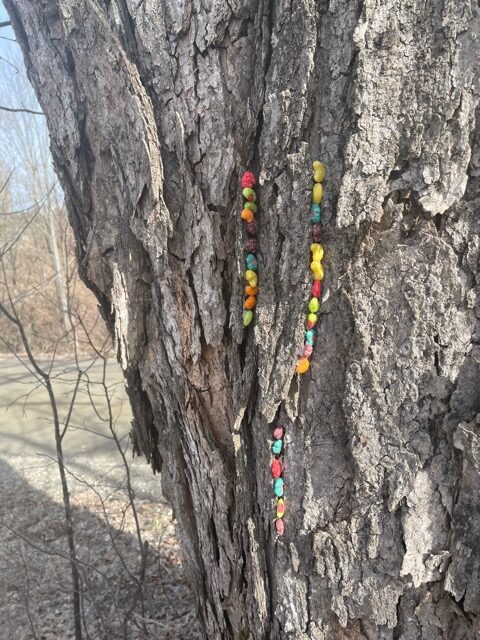 The fruits appear on the northern side of the older sugar maples as a line of color peaking out from under the bark. Within a day or so they will begin to grow and reach harvestable size. 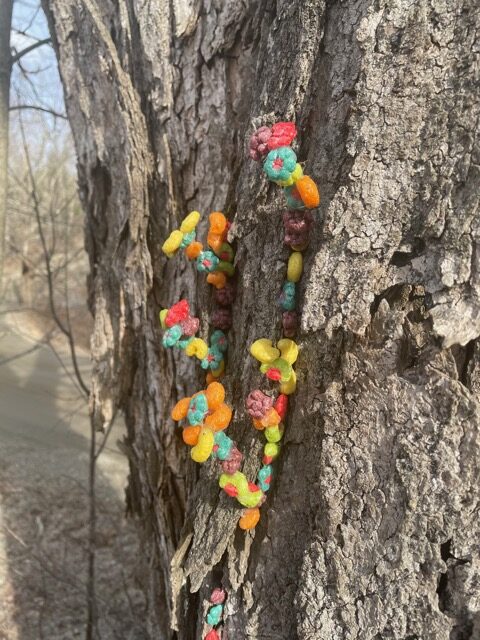 I cut them from the base in hopes that they would continue to grow more fruits, and it worked. 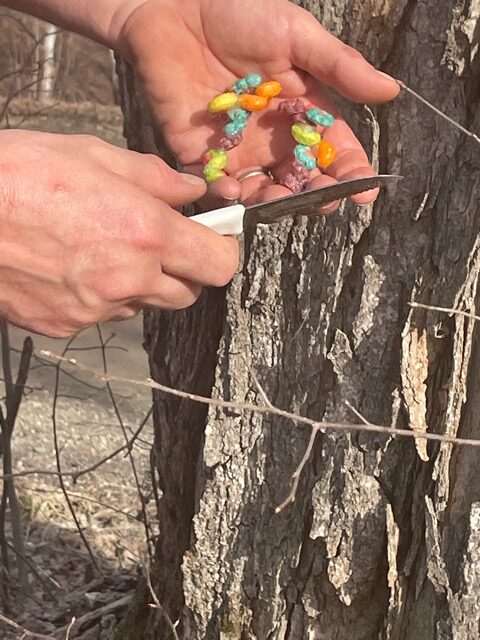 I carefully separated the sections and dried them in our dehydrator.

Over the course of a week, I was able to secure enough to fill a large bowl that we shared as a family on Sunday morning. The fruit flavors and colors, and the way that it flavored the milk at the end, left me wanting more, but the bloom had faded, and they were gone until another magical year. 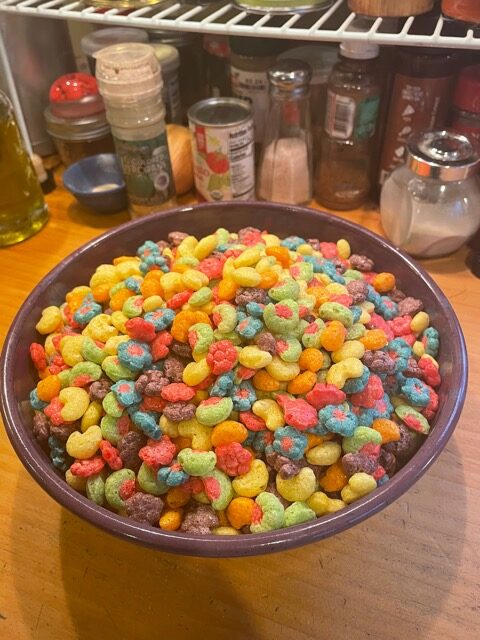 Everywhere I look on the Instagram people are inoculating logs to grow their own mushrooms with a little more predictability than wildcrafting. I decided to try something. I took some of the remaining berries and ground them up. 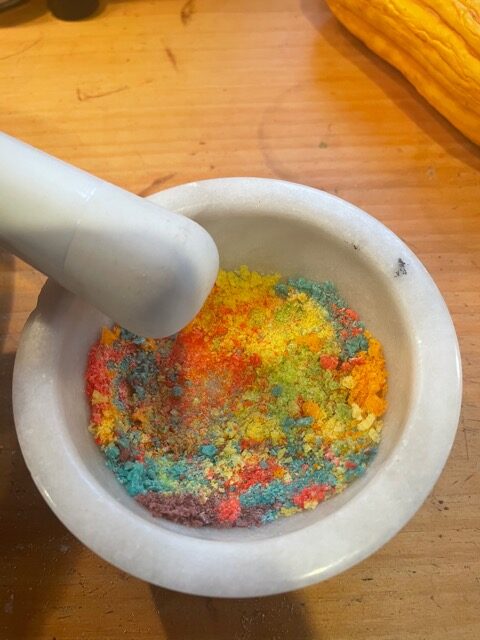 I carefully drilled some holes in some logs, packed in the spores, and then covered them with wax. 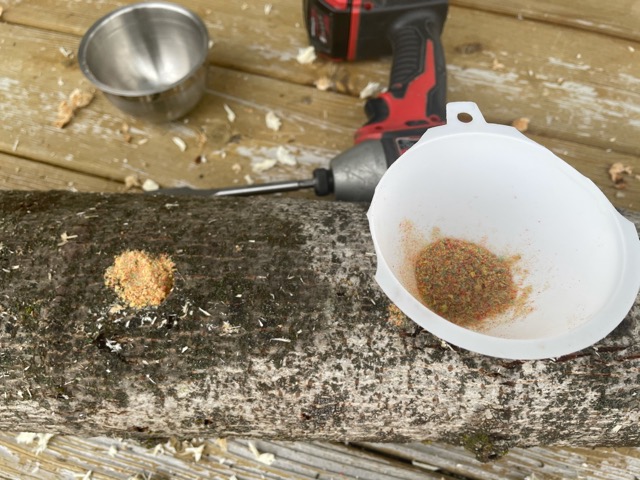 I will put these logs in the woods until next spring, and hopefully using my greenhouse and some ingenuity I will be able to recreate that time when the trees were a blaze of color in the Fall and the Spring. I will follow up April 1st, 2022 and let you know if it works. 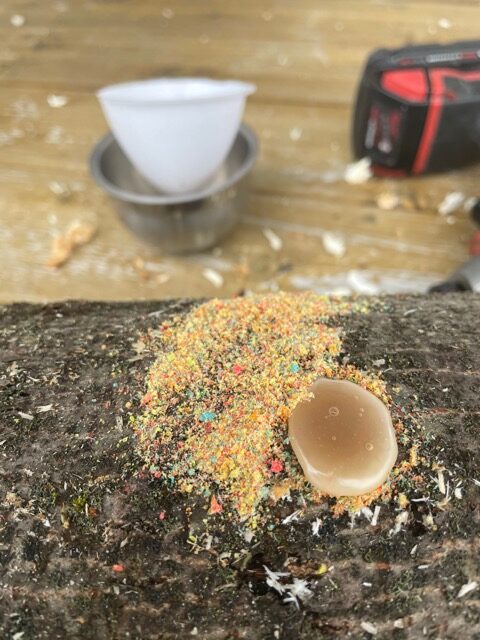 I know for a lot of the culinary world right now Bitter is better, but I might also suggest that a little sweetness is still pretty sweet.

I hope that the upcoming season is a peaceful one for you and yours,