SKU
2300
In stock
Starting at: As low as $3.55
Add to Compare View Compare Add to WishList

Reliable multi-cut variety that produces a compact, 3-4" bluish-green central head followed by a prolific set of side shoots. Variable maturity results in a long harvest period for both central heads and side shoots. Excellent home garden variety and/or bunching variety. 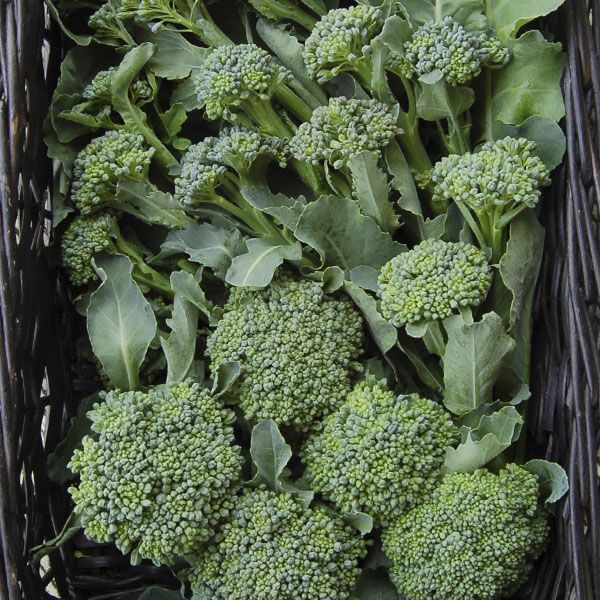 Broccoli is a cool season biennial in the Brassicaceae family, sharing species name Brassica oleracea with cauliflower, cabbage, collards, kale, brussels sprouts, and kohlrabi. Some broccoli varieties produce one large head followed by few side shoots, while others, like the heirloom De Cicco, produce many smaller spears.

Broccoli prefers well drained fertile soils high in organic matter. It will tolerate slightly alkaline soil, performing best in the 6.0 – 7.5 range. A general guideline is 2-3 lbs of 8-16-16 fertilizer over 100 sq ft of garden area two weeks before planting. If boron is not present in your soils, consider adding 1 Tbs per 100 sq ft. If soils are heavy or tend to be wet, a raised bed is recommended.

Start indoors 4-6 weeks before planting date. Plant outside as soon as the chance of hard frost has passed. Optimal soil temperature for germination is 65-75°F, but broccoli will germinate as low as 50°F. Fall plantings can be direct seeded or transplanted in mid-summer. Although it will tolerate warmer temperatures, Broccoli will be grow best at temperatures in the 60°s, so plan your plantings around the temperatures in your area.

Broccoli is shallow rooted. Be careful with even shallow cultivation.

Broccoli heads should be harvested while the heads are still tight. Check fields every 2-3 days since once heads have loosened, quality is quickly compromised. After the main head is harvested, some varieties produce side shoots with smaller heads. Regular harvesting of side shoots will encourage further growth. Cool broccoli immediately after harvest to retain quality.