We offer certified organic fennel seed for several popular varieties known for flavor and girth. Originating in the Mediterranean, fennel is referenced in many Greek and Roman texts, including a Greek myth which tells of the gods passing knowledge to humans in a stalk of fennel. Fennel is a good source of fiber, and derives its strong licorice flavor from anethole, a nutrient compound thought to be an anti-inflammatory agent. 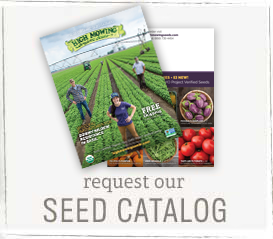 Compare Products
Compare
Clear
You have no items to compare.